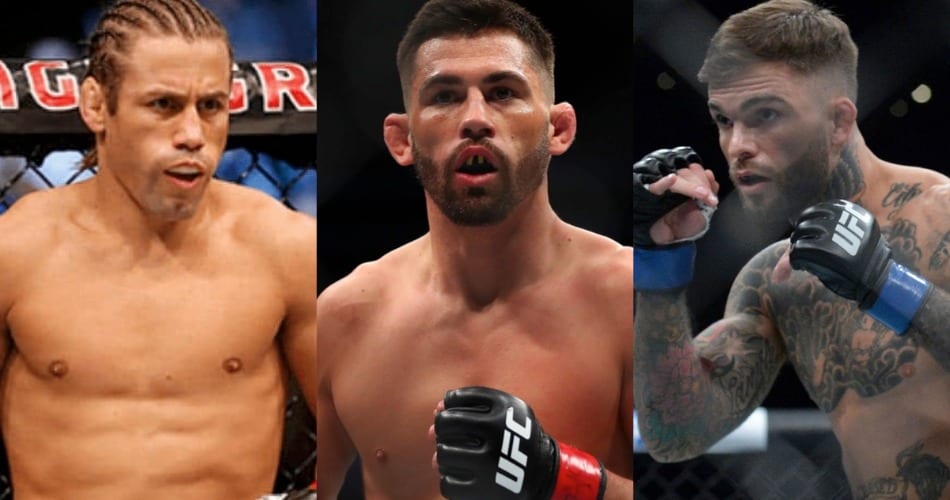 Cejudo defeated Marlon Moraes to take home the vacant 135-pound strap. “Triple C” finished the Brazilian in the third round with some nasty ground-and-pound. Shortly after his victory, Cejudo said he’s a prizefighter and is looking for the fights that pay him the most money. He called out three men in particular.

Those being former champions Dominick Cruz and Cody Garbardnt, as well as bantamweight legend Urijah Faber. Cejudo actually had the chance to come face-to-face with Cruz after the event during the post-fight show on EPSN+. Cruz said it’d be an honor to fight Cejudo after his shoulder injury heals up:

“Well in order to get your credit, you have to defeat the longest reigning champion in the history of the sport,” Cruz said with a chuckle.

“I respect you too, and especially calling me out after winning your two belts, that’s probably the good time to have the confidence to try to do it, so that makes sense. I’m going to come back from this shoulder injury, and if you would pardon me with the opportunity, it would be my honor. When you want to make it happen, I’ll be here for you.”

Soon after the fight, Cruz took to his Instagram account and posted a brief video response to Cejudo’s callout:

Garbrandt took to Twitter and issued a response as well. He credited Cejudo for calling him out, knowing he’s the biggest draw in the division:

“Congrats @HenryCejudo good call out you know I’m the biggest drawl in the division. I’ll be back to the top soon”