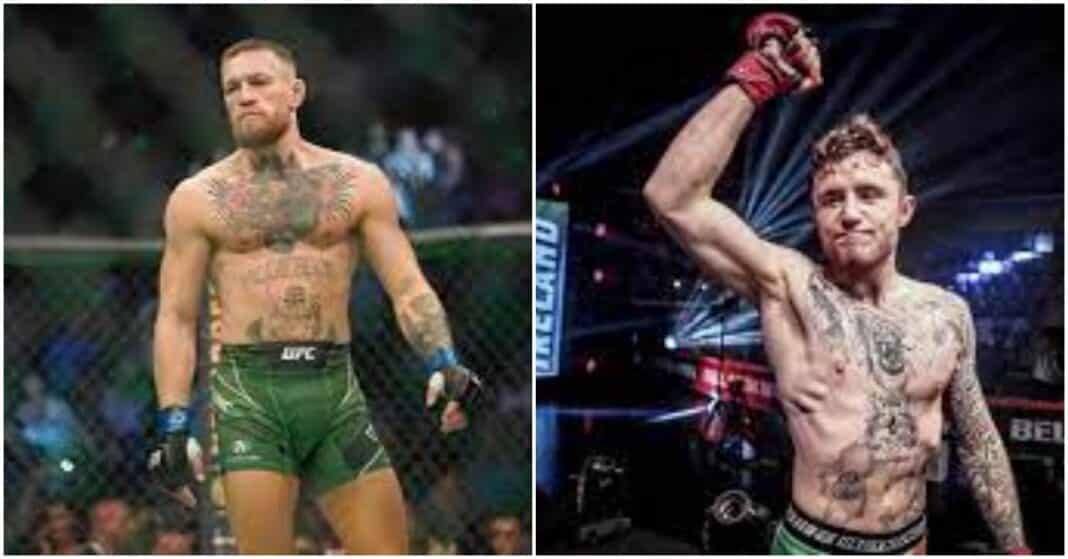 Conor McGregor took to Twitter to give James Gallagher some words of advice and encouragement after his loss at Bellator 270 to Patchy Mix.

Gallagher was submitted by Mix in the beginning of the third round by a mounted guillotine. The fight was very close going into the third and final round before Mix submitted Gallagher. The Irish crowd was stunned by the outcome of the fight. Mcgregor had some words for what happened as well.

“Jimmy boy, that was some f*cking showing there yeah? what a crowd.” McGregor said, “Kid’s 23-24 years of age selling out a stadium like that. Got him with a guillotine, but he was fresh as a daisy. Yeah bro, let that right hook go, boom that right hook go. Big right venomous body kick…. ‘oh he got caught with a ghillie.’ So what? Who gives a f*ck, not a scratch on your kid. You need that experience. That experience is worth more than any amount of money you’re gonna make in your entire career.”

This is only Gallagher’s second loss inside the octagon as a professional fighter. His first loss came via KO by Ricky Bandejas back in 2018.

If anyone knows a thing or two about bouncing back from a devastating and embarrassing loss, it is McGregor. After losing to Nate Diaz on short notice back in 2016, McGregor came back to beat him in a five round war. He then went on to become a champion in two divisions later on that year when he defeated Eddie Alvarez via TKO.

Gallagher should bounce back from this loss and still has a ton of potential to be a fantastic fighter for Bellator. Gallagher is still young as he just turns 26 later on this month.

What did you think about Conor McGregor’s rant about James Gallagher’s fight?