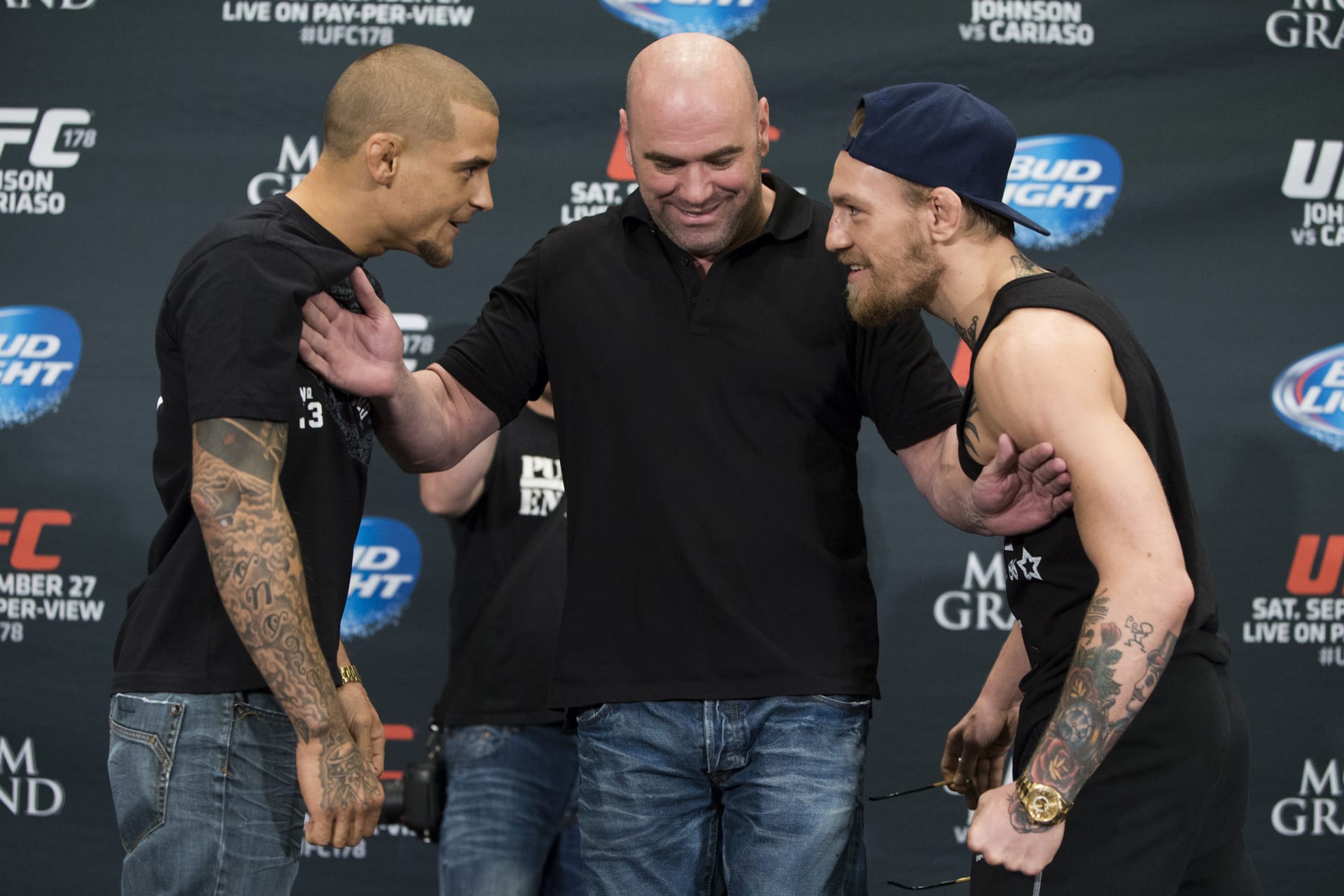 Conor McGregor and Dustin Poirier continue to take shots at one another.

Since Poirier lost to Khabib Nurmagomedov at UFC 242, he has requested a rematch with the Irishman on social media. Yet, McGregor did not seem to keen about that.

“I think me and Conor running it back makes a lot of sense at this point,” Poirier wrote.

It then got the following response from McGregor.

“I fed you to the canvas in 90 seconds bro. You should have spoke my name with a bit more respect in that build up. McGregor’s next!, Motherf****r, it’s McGregor alway! McGregor is the goal! Always! Say that now and I’ll think about it. #GoneIn90seconds #NicCgae #AJolie,” he wrote.

It didn’t stop there either, as on Tuesday night, they continued to go at one another. McGregor then posted a photo of him knocking out Poirier on social media.

Which, of course, Poirier saw, and he responded once again taking aim at McGregor.

That still wasn’t enough as Poirier then responded to the tweet with a simple emoji.

The two are definitely building up a feud that it seems a rematch would make sense. Both Poirier and McGregor are coming off of submission losses to Khabib Nurmagomedov for the title, and both want to get a rematch. In order to do so, they will need to pick up a win or two, so fighting each other makes sense.

Yet, whether or not the fight happens is to be seen. McGregor has not seemed interested in fighting unless it is Nurmagomedov, but this Poirier rivalry is only getting bigger which could result in a fight.

If Conor McGregor and Dustin Poirier fought, who do you think would win in the rematch?