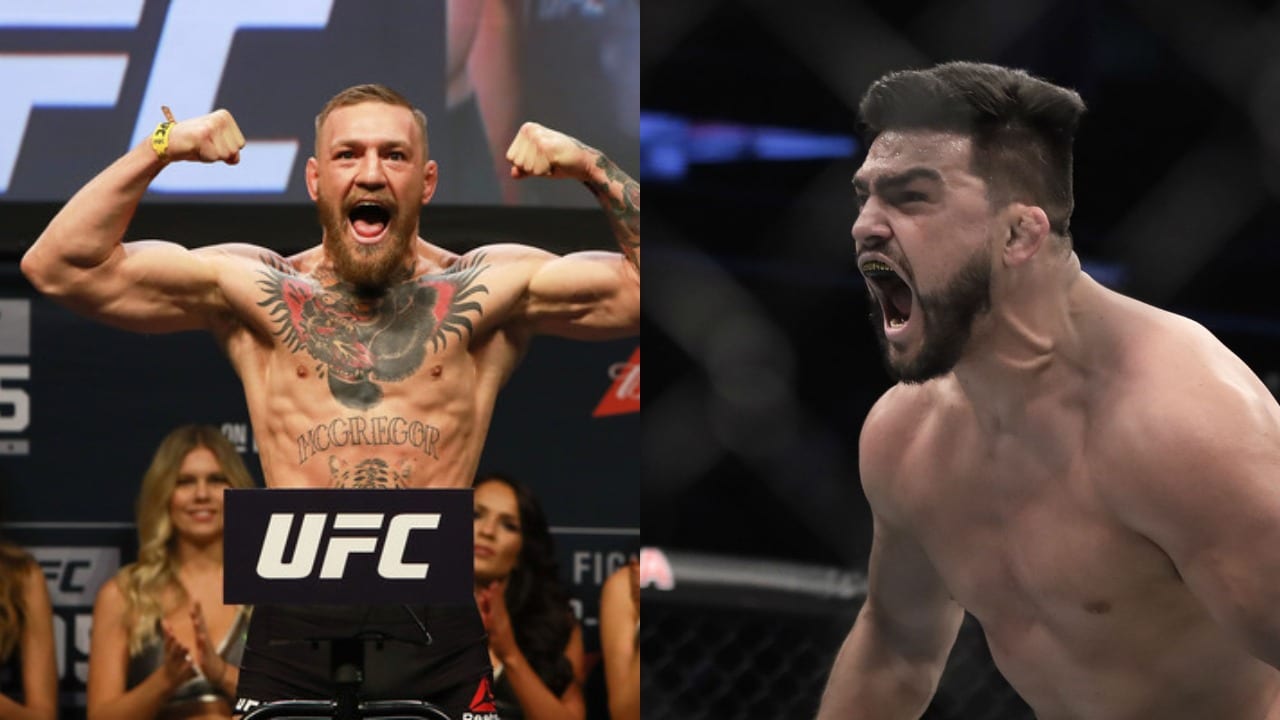 Conor McGregor contender Kelvin Gastelum for the way he acted after his scheduled UFC 234 main event was nixed at the last minute. Robert Whittaker was originally slated to make his next title defense against Gastelum but had to pull out of the fight at the last minute due to a hernia.

This was the original main event for the UFC 234 pay-per-view event. However, the UFC had to make some changes and moved Israel Adesanya vs. Anderson Silva in a middleweight bout to the headliner.

It turns out that Gastelum was walking backstage with a UFC title, which just so happened to belong to UFC flyweight champion Henry Cejudo.

Former UFC lightweight and featherweight champion Conor McGregor was watching this show. In fact, he gave his take on the situation where he took some shots at Gastelum for his belt-wearing ways. He also went after him for his skin condition that Gastelum has been battling all week.

“Why is that worm holding the 185lb belt?” wrote McGregor. “There are worms crawling on his skin! It was absolutely ludicrous to even consider allowing him to compete. Let alone now walk around the arena shaking our fans hands. Someone sort this, this instant. And sterilize that belt. Immediately.”