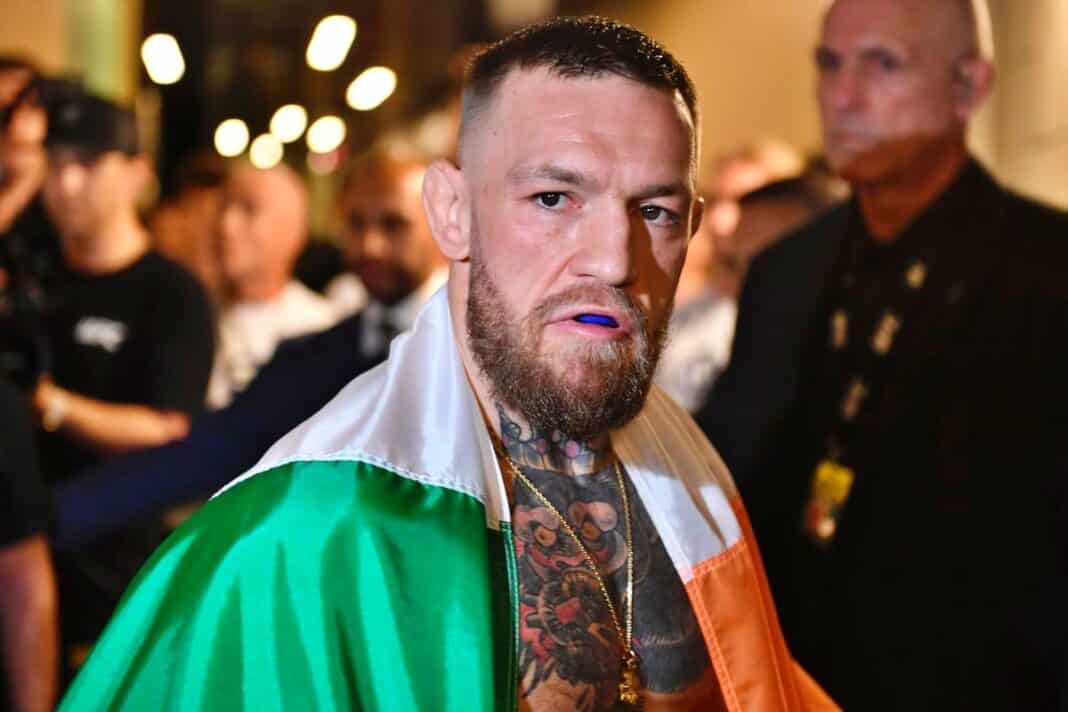 Former UFC lightweight and featherweight champion Conor McGregor wasn’t impressed by Islam Makhachev‘s performance at UFC 267 and took the opportunity to roast him while alluding to his earlier claims about inbreeding in Dagestan.

McGregor is still in the middle of his recovery from a nasty leg injury he suffered at UFC 264 earlier this year and is planning for a return sometime in 2022.

It didn’t take long for Makhachev to prove he’s a real player in the lightweight division, as he submitted Dan Hooker just minutes into their fight. He has won nine straight bouts and could be next in line for the title shot.

But McGregor, who is bitter adversaries with Makhachev’s teammate, Khabib Nurmagomedov, took the time to taunt him on social media following his win. McGregor has repeatedly accused the Russian nation of Dagestan of including a culture of inbreeding, which has been widely disputed.

“He’s his uncle’s cousin’s son and you can tell,” McGregor tweeted in a since-deleted post. “Congrats cuz cuz.”

It’s not exactly a secret that Makhachev, Nurmagomedov, and McGregor don’t exactly see eye to eye. The two sides have been at each other’s nerves for years, stemming from McGregor and Nurmagomedov’s buildup and fight earlier in their careers.

McGregor hasn’t stepped off the gas pedal since Nurmagomedov retired last year, berating him on social media and in various interviews. Makhachev has also called for a fight with McGregor in recent years, but nothing has materialized.

Now that Makhachev is near the top of the lightweight title picture, a matchup between McGregor and him isn’t completely off the table for some time in the future. McGregor could possibly face Dustin Poirier for a fourth time in his return, although nothing is set just yet for his return to the octagon.

What are your thoughts on Conor McGregor’s latest Twitter taunt against Islam Makhachev?