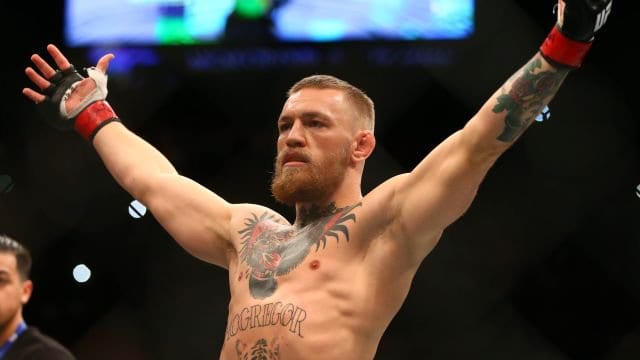 After Donald Cerrone got his hand raised last weekend (Nov. 10, 2018) in Denver, he told media in attendance that the UFC had already given him a name for his next fight.

“Cowboy” is now the winningest fighter in UFC history. He also holds the promotion’s record for most finishes as well.

Despite picking up the biggest win of his career, Cerrone will now drop back down to 155 pounds. And it looks as if Conor McGregor will be the man to welcome “Cowboy” back to the lightweight division.

If Cerrone and McGregor ever do meet in the Octagon, many people will be watching. Plenty of people will be betting on the fight as well. As a matter of fact, Cerrone has opened as the betting underdog against McGregor at a line of +150 according to Bovada.lv.

The line on this fight will no doubt fluctuate a great deal if and when this fight gains any traction. These odds are eerily similar to the opening odds of some of McGregor’s past title fights. These were his lightweight title bout against Eddie Alvarez at UFC 205 and his initial featherweight clash with Jose Aldo at UFC 194.

The UFC won’t be officially able to book McGregor in a fight until he settles his issues with the Nevada State Athletic Commission (NSAC). He is still temporarily suspended for his role in the post-fight brawl at October 6’s UFC 229. McGregor is expected to receive punishment at the NSAC hearing in December.

If and how long he will be suspended remains to be seen. If he makes it back to fight Cowboy, however, he’s the favorite as of now. Do you agree with these odds?