LowKickMMA.com
Home UFC News Ex-UFC Champion Claims Conor McGregor Is Not One Of The Featherweight Division’s... 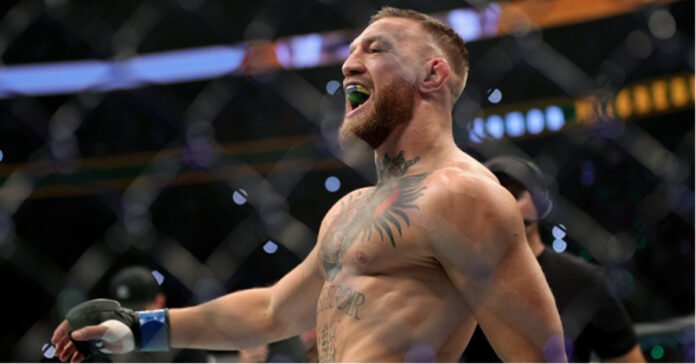 Former UFC middleweight champion Michael Bisping stated that despite his ‘crazy run’ at featherweight, Conor McGregor is not one of the division’s greats.

Between 2013 and 2015, McGregor rose to fame as part of the featherweight division, defeating such notables as Max Holloway, Chad Mendes, Denis Siver, and Dustin Poirier. McGregor earned six straight victories on his way to a title opportunity against Jose Aldo at UFC 194.

At the time, Aldo hadn’t lost in nearly 10 years. It only took McGregor 13 seconds to end the decade-long streak, knocking ‘Junior’ out in impressive fashion to become the new featherweight champion.

While discussing the upcoming trilogy bout between Alexander Volkanovski and Max Holloway at UFC 276, Michael Bisping made mention of McGregor and discredited him as one of the division’s greats.

“If Volkanovski pulls it off, he will then be, without a shadow of a doubt, the greatest featherweight that the UFC has ever seen,” Bisping said in a video on his YouTube channel. “Of course, that was Jose Aldo, ‘The King of Rio’.”Then Conor McGregor knocked him out in 13 seconds, but he then never defended the belt. He vacated and then went up to 155. So, therefore, whilst McGregor had a crazy run at 145, he doesn’t go down as one of the greats.”

Rather than defend his featherweight title, McGregor opted to move up to 155 pounds to challenge for the UFC lightweight title. At UFC 205, ‘Notorious’ defeated then-champion, Eddie Alvarez, via second-round knockout to become a two-division champion and cement his name in the UFC history books.

Due to inactivity, McGregor was stripped of both titles before defending them. He was absent for nearly two years from the Octagon, but McGregor fans still got their fix when he stepped into the squared circle to face boxing icon Floyd Mayweather in August 2017. Since then, McGregor has lost three of his last four, including back-to-back TKO defeats to Dustin Poirier.

While McGregor will forever be in the history books, his run, particularly in the featherweight division, pales in comparison to Max Holloway’s 13-fight win streak and Alexander Volkanovski’s dominant run that has led him to his fourth defense of the featherweight title on Saturday night.

Do you think Conor McGregor is one of the featherweight greats or do you agree with Michael Bisping’s assessment?