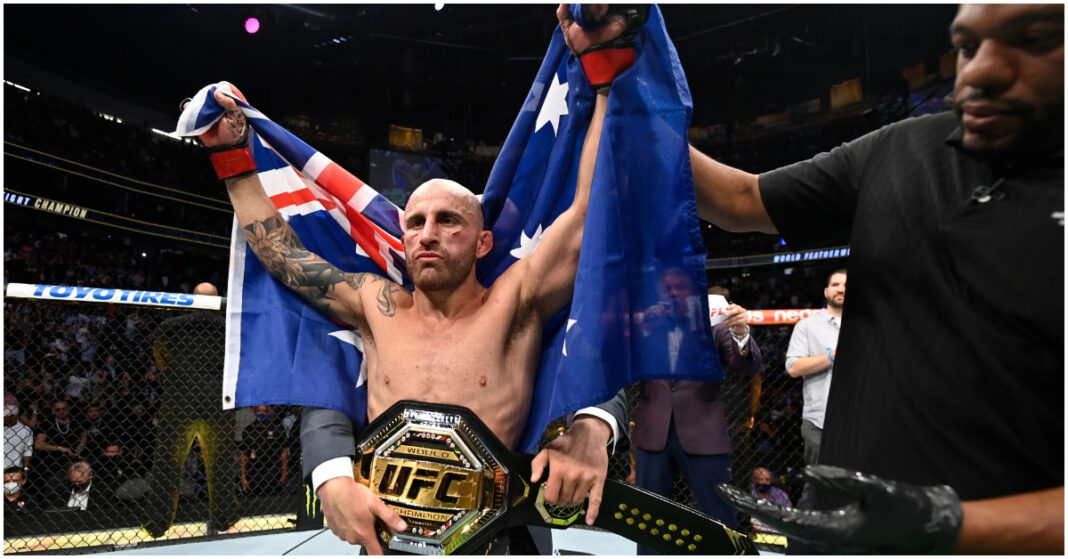 Alexander Volkanovski, who returns next weekend in the co-main event of UFC 276 during International Fight Week, looks to complete his trilogy against former undisputed featherweight best, Max Holloway – in search of a third victory over the Hawaiin favorite.

Last time out, Volkanovski headlined UFC 273 back in April against Chan Sung Jung, defeating the South Korean striker with a hugely one-sided fourth round knockout win against the Busan challenger. The victory came as Volkanovski’s third successful defense of the featherweight throne.

Amid the stripping of Charles Oliveira as the undisputed lightweight champion the following month, Volkanovski was linked to a potential lightweight division excursion in the future in a bid to become a two-weight champion.

And according to UFC leader, White, Volkanovski has free rein to do what he likes following his outing against Holloway next weekend  – including a lightweight division climb.

“So, (Alexander) Volkanovski is one of those guys who has eanred the respected of everybody, I would say, by now,” Dana White told The Mac Life. “You know, he’s got this (Max) Holloway fight that probably makes sense for him to do this and put this behind him. Then you don’t have to hear about it anymore.”

In his pair of outings against Hawaii favorite, Holloway, Volkanovski clinched the undisputed belt back in December 2019 with a unanimous decision triumph, before then successfully defending the championship in a split decision win in July of the following year on ‘Fight Island’.