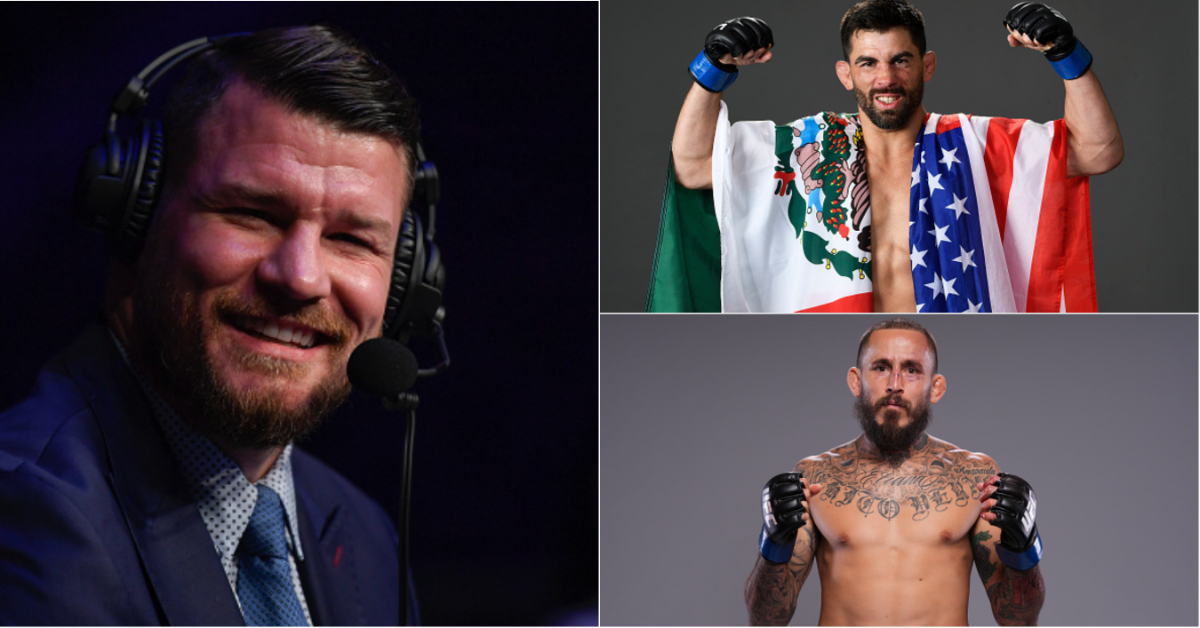 Former UFC bantamweight champion Dominick Cruz will return to the Octagon to face fast-rising contender Marlon ‘Chito’ Vera on August 13th at a UFC Fight Night event. ESPN Deportes was first to report the matchup which is expected to be a five-round main event. No venue or location has been announced as of yet, but the event is expected to take place in San Diego, CA.

Former two-time UFC middleweight champion Michael Bisping posted a video on his YouTube channel discussing the bout. In the video, Bisping breaks down the bout, but notes as a good friend of both Cruz and Vera, ‘The Count’ refuses to predict a winner for fear that the “abuse would be unbearable”, particularly from Cruz.

“I can’t make a prediction because I’m friends with both of them. Number one, I might end up commentating the fight so if I make a prediction, that will come back and bite me in the a**. Secondly, it’s a tough fight to predict, but most importantly, Dominick Cruz would give me so much sh*t. Next time I work with him, I’ll be at the APEX or wherever we are and he would, the abuse I would have to endure if I picked against him, it would be very annoying.

“Marlon Vera is a good friend as well so I’m sitting on the fence in this one guys. I’m just going to be like you guys. I’m going to be a fan unless I’m a commentator. Then I’ll have to put all my personal feelings aside and be the professional that I am.”

Bisping would go on to highlight the storied career of ‘The Dominator’ who remains undefeated in non-title bouts.

“Whoever wins this fight has a really good possibility of going on and potentially fighting for the belt again. As we know, that’s what Dominick wants. Dominick’s getting on in his career with the greatest of respect. He’s in his mid-30’s and as I said, he’s had an amazing career. He’s no doubt going to be in the hall of fame.”

Bisping discussed the work ethic of Marlon Vera, describing him as a fighter who is obsessed with becoming a world champion.

“Marlon ‘Chito’ Vera is a young hungry contender that is obsessed with being a champion. There’s hardly any rest days for this guy. Even at the weekend, he’s having active rest. When he’s taking days off, the guy’s running marathons. He’s always doing 24 hour fasts. 48 hour fasts. The man is literally obsessed. He’ll have a fight on Saturday night and he’s back at the gym on Monday.”

The winner will likely find themselves in pole position for a bantamweight title opportunity. Do you believe ‘The Dominator’ will continue to dominate the competition or is it Vera’s time to rise?