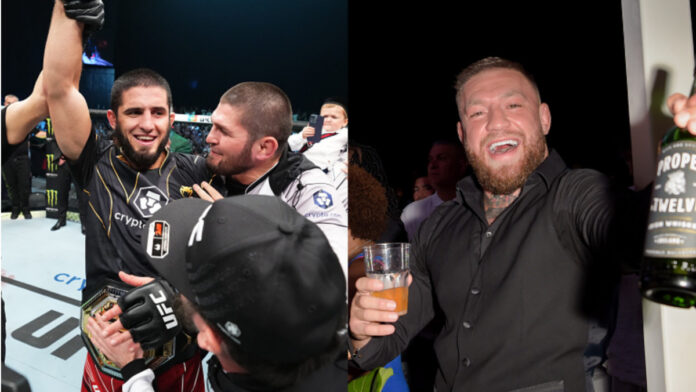 After pure chaos in the UFC 280 main event, Islam Makhachev has emerged as the victor. However, in classic fashion, Conor McGregor wasn’t very impressed after the win and took to Twitter to claim that he’s finally refined the style needed to defeat Makhachev’s.

The battle between former champion Charles Oliveira and the young Dagestani fighter was intense. The two fighters were both on incredible win streaks of 10 victories or more, and fans everywhere were split on who’d walk away victorious.

The first round was an interesting affair, as Oliveira quickly pulled guard early into the round. From there, mad scrambles and transitions would occur, with ‘Do Bronx’ attempting to threaten with submissions or get back to his feet. Makhachev was decidedly focused on control and was obviously looking to put Oliveira in a position where Makhachev could enact his will.

Eventually, time in the first expired, and both men went back to their corners. The second round kicked off and featured some wild standup, with both men landing vicious blows. However, Oliveira would attempt a flying knee and leave himself exposed to a bomb of a right hook by Makhachev. This sent the Brazilian crashing to the canvas, and the Dagestani nightmare quickly jumped on a head-and-arm choke to seal the deal and force the tap.

It was a momentous win for Islam Makhachev, who has been battling expectations his entire career due to following in the footsteps of his best friend Khabib Nurmagomedov, the legend himself. Conor McGregor, however, wasn’t very impressed. Taking to Twitter, the Irishman would reveal that he’s allegedly cracked the DaVinci code of MMA so to speak.

In a series of now-deleted tweets, McGregor would start off by saying that he’s “developed the tools” to defeat the ruthless Dagestani style that fighters like Nurmagomedov and Makhachev employ.

“I have the system to hurt this style of fighting guys,” Conor McGregor would insist. “I am telling you. Bro is a sh*t jocks. Fat mouth shut your mouth you done nothing tonight except go against fathers wishes and run. It’s not father’s plan completed yet, pal. You know. Your people know and they talk about you.”

Maybe sensing that he’d gone too far by bringing up Khabib Nurmagomedov’s deceased father (who was also Islam Makhachev’s coach), the tweets would soon be deleted by the Irish superstar.

Do you think Conor McGregor went too far with his recent callout of Islam Makhachev?