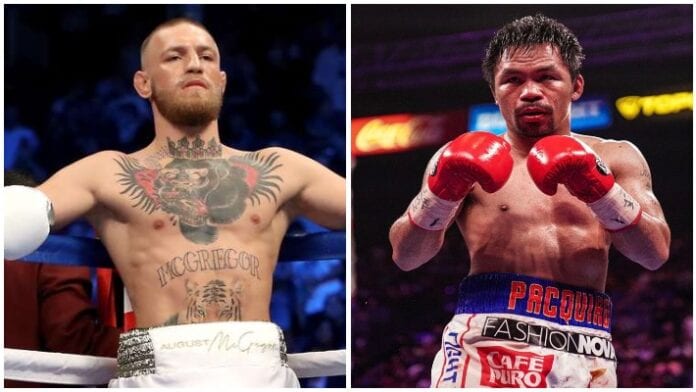 Ariel Helwani spoke to McGregor to attempt to decipher exactly what he was accepting. Helwani was able to discover the Irishman was not interested in fighting Chimaev but he refused to reveal any more details on his cryptic tweet.

“Spoke to Conor McGregor briefly today. He confirmed that his ‘I accept’ tweet was not about Khamzat Chimaev, despite what was said earlier today. He declined to further elaborate what it was actually referring to, though.”

McGregor again took to social media to accept something but this time he wrote it in the native tongue of boxing legend Pacquiao – “tinatanggap ko”, McGregor posted.

This tweet sent the MMA and boxing communities into overdrive as they began to speculate on a potential McGregor vs. Pacquiao boxing match. The pair who are both represented by Paradigm Sports Management have long been linked to fighting one another. McGregor has fought only once the squared circle, losing via tenth-round TKO against boxing great Floyd Mayweather.

Do you want to see Conor McGregor and Manny Pacquiao fight?