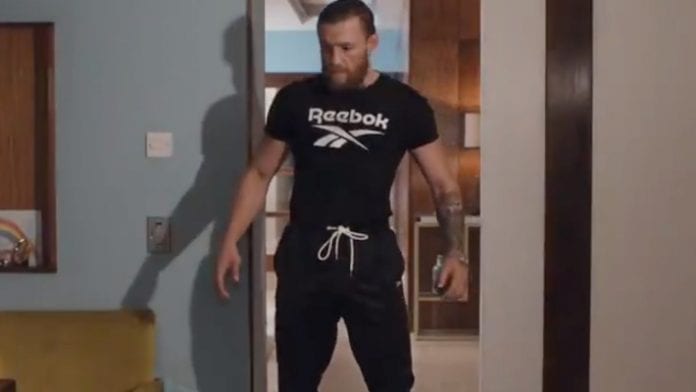 Despite a troubled 2019, Conor McGregor is having no problems getting endorsement deals.

McGregor returns to the Octagon in less than a week for UFC 246 where he faces Donald Cerrone in a welterweight bout in the headliner on January 18.

In what is his first fight in 15 months, the UFC is promoting the Irishman extensively with many criticizing how a number of ads and promo videos only feature him rather than Cerrone.

A major sponsor in Reebok also seems to be following suit as they have teamed up with the Irishman to promote a new line of shoes. McGregor shared the commercial on Twitter and revealed that they would be dropping today.

You can see the video below:

What is more telling is that Reebok is willing to stand by McGregor — the promotion’s biggest superstar — despite all his troubles last year.

The former two-weight champion notably pleaded guilty to assault after punching an old man in an Irish pub. He also smashed a fan’s cell phone after they tried to take a photo of him in Miami. To add to things, McGregor is also the subject of a second sexual assault investigation in his native Ireland.

McGregor is yet to comment on the allegations publicly but with the upcoming UC 246 press conference and his plans to attend the Ultimate media day event, it could be a subject that pops up.

What do you think of Reebok partnering up with McGregor?