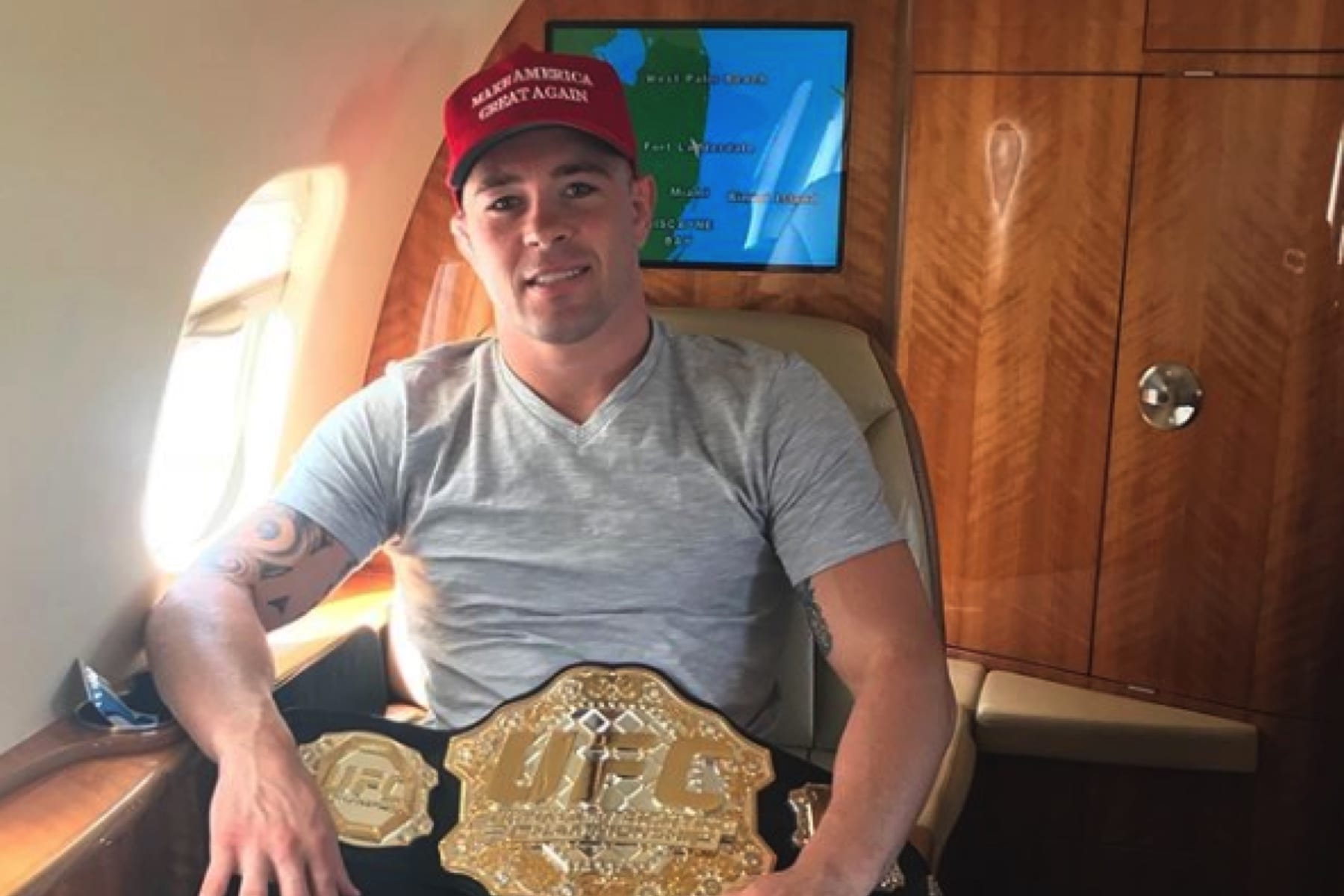 Covington visited President Trump at the White House shortly after his interim 170-pound title victory over Rafael dos Anjos back in June. He has also stated numerous times that President Trump’s son, Donald Trump Jr., will try to attend his next fight in person.

Recently, Covington paid another visit to the Trump family, this time visiting Donald Trump Jr. at Trump Tower in New York City. “Chaos” said he also got to spend time with President Trump’s other son, Eric Trump. Check out Covington’s picture with Donald Trump Jr. below:

“It was truly a humbling experience to stop by @trumptower and spend some time with @donaldjtrumpjr and @erictrump! Can’t thank you enough for all you and your family do for this country!”

Covington hasn’t competed since defeating dos Anjos for the interim title back in June. He has since been stripped of that title due to inactivity. However, after Kamaru Usman dethroned Tyron Woodley from the top of the 170-pound mountain, UFC President Dana White has confirmed Covington will be his first challenger.

No official fight announcement or date has been made, but the news is expected to be made official very soon.