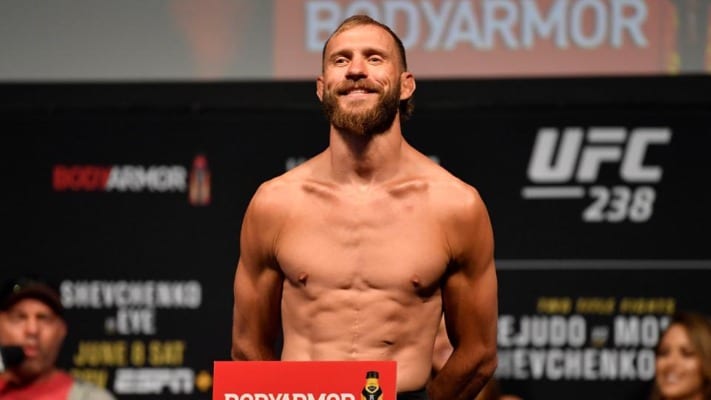 Donald Cerrone is coming off his second TKO defeat in a row and Ray Longo believes he needs some extended time off.

Cerrone suffered a TKO defeat to Justin Gaethje in the first round of their UFC Vancouver headliner this past weekend. It followed his doctor stoppage loss to Tony Ferguson back at UFC 238 in June.

Known for his regular activity inside the Octagon, “Cowboy” notably claimed after the Gaethje defeat that the best part about his job was that he could wake up the next day and do it again. He’s already planning a December comeback for one.

But Longo — head coach of Serra-Longo — has called for him to take a break, stating that he’s worried for him:

“They gotta stop him from fighting this frequently,” Longo said on the Anik & Florian Podcast (via BJPenn.com). “Bro I used to love listening to him, it’s starting to sound crazy to me now. ‘The best thing about it is I get to wake up tomorrow and do it again.’ Do what again? You just got pummeled. Like I get it. He loves fighting, He’s an adrenaline junkie. I look at when they’re doing a special on him. He’s jumping off a building, he’s a firefighter. I feel like what a boring piece of shit I am.

“I look at [Cerrone] and I’m like, ‘I gotta do something. I gotta go skydiving or something.’ I kinda worry for him at this point. I like the fighting, there’s no problem with that but man wait four or five months. Not just every five weeks or three weeks. At this point now the losses are backing up and he’s had some damage in the last six months. It’s crazy.”

It’s hard to argue against Longo.

Do you think Cerrone should take a break?