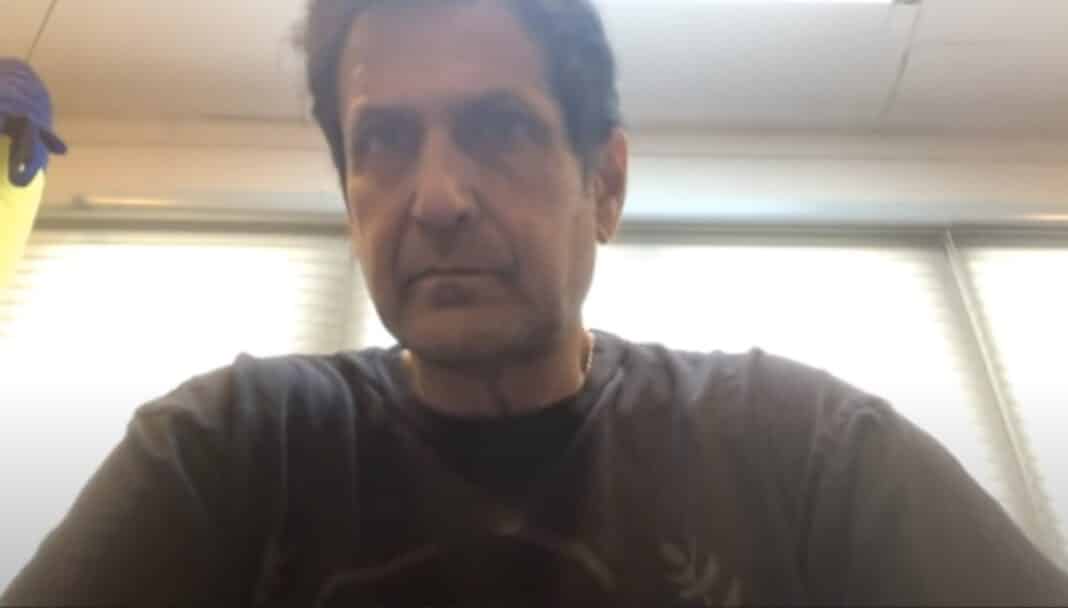 The New York native Ray Longo has been training in various martial arts since he was a kid. One of the first martial arts that Longo took up was boxing.

He loved the sport and the training, but Longo would focus more on his education than a fighting career. Ray would graduate from St John’s with an accounting degree, but would still train and later coach fighters.

During the day, Ray would work a normal job and at night would run his gym, Longo’s International Martial Arts Academy. Training his students in a variety of martial arts from Jeet Kune Do, boxing, and grappling.

Ray Longo met UFC veteran Matt Serra at a Judo school when Serra was just 17 years old. They became immediate friends and Longo would invite Serra to his gym to train striking.

Matt was a young aspiring fighter, so Longo would become his trainer. Their friendship has lasted 30 years first as a fighter and coach and then business partners.

A year after Matt Serra received his black belt from Renzo Gracie, he and Longo would open a gym together. Serra-Longo Fight Team located in Long Island, New York.

Together Ray Longo and Serra would grow their academy and become the best martial arts school in the Long Island area.

Ray Longo has been cornering MMA fighters like business partner Matt Serra since the mid 90s.

In 2007, Longo began getting recognition after Matt Serra pulled off one of the biggest upsets in UFC history. Knocking out Georges St Pierre to become the UFC welterweight champion.

Serra credited his longtime coach Ray Longo for coming up with the game plan to take out GSP. Ray would get more spotlight on season 6 of The Ultimate Fighter as an assistant coach for Matt Serra.

6 years later, Longo would help orchestrate another one of the greatest upsets in UFC history. Chris Weidman would KO Anderson Silva at UFC 163 to end the greatest title reign ever in MMA.

In nearly 40 years of being a trainer, Longo has worked with some of the world’s best fighters. Including Matt Serra, Chris Weidman, Al Iaquinta, and Aljamain Sterling.

One of Ray Longo’s first fighters was longtime friend and business partner Matt Serra. At first, Serra would meet Longo and train together at a judo school in New York.

Ray Longo would soon become Serra’s striking coach at the same time he would train BJJ with Renzo Gracie.

Serra would win his first four MMA fights with the help of Longo. During this time, Serra would also earn his BJJ black belt from Renzo Gracie and open a martial arts school with Long. Serra-Longo Fight team.

Matt would have his first stint in the UFC going 4-4 in his first 8 fights. He would then be offered a spot on the comeback season of TUF.

After beating Chris Lytle in the finals, Serra would earn his title shot against champion Georges St Pierre. With the help of Longo, Serra would shock the world by stopping GSP in the first round to become champion.

It would be the highlight of Serra’s career as he would go 1-3 before retiring from fighting. Today, he still runs his successful school with Longo, as well as hosting his own podcast and various MMA shows.

He would enter the UFC after just 4 fights and win his first 5 fights in the promotion. 3 of 5 of those wins were finishes with 3 of those wins coming against top 10 fighters in the division.

This win streak would put him against champion Anderson Silva. The odds were against Weidman, but he would pull off one of the biggest upsets in UFC history.

Stopping one of the greatest champions of all time in the 2nd round to become middleweight champion. Chris would defend his title 3 times before losing it to Luke Rockhold.

The third fighter that Ray Longo helped train to a world title with Matt Serra was bantamweight champion Aljamain Sterling.

Sterling is a native New Yorker that wrestled in college with Jon Jones. He was initially encouraged by Jones to get into MMA after his wrestling career was done.

After training with the BombSquad before going to train at Serra-Longo Fight Team. Together, they would go 8-0 before Sterling would make it to the UFC in 2014

Aljamain would win his first 4 fights in the UFC before taking the first two losses of his career. After those losses, Sterling would go 2-1 and then go on a 5 fight winning streak.

His last fight with Longo and Serra in his corner would earn him a first round submission win. After leaving Serra and Longo, Sterling would win the bantamweight championship by DQ.

Ray Longo has done it all as a MMA coach. He has been part of two of the biggest upsets in MMA history and has coached 3 UFC champions;

Longo along with Serra are two of the most liked coaches in all of MMA and Jiu Jitsu. For over 40 years, Longo has proven he is one of the best trainer’s in the business.

He now runs a martial arts academy with Chris Weidman along with being the head trainer at Serra-Longo Fight Team.