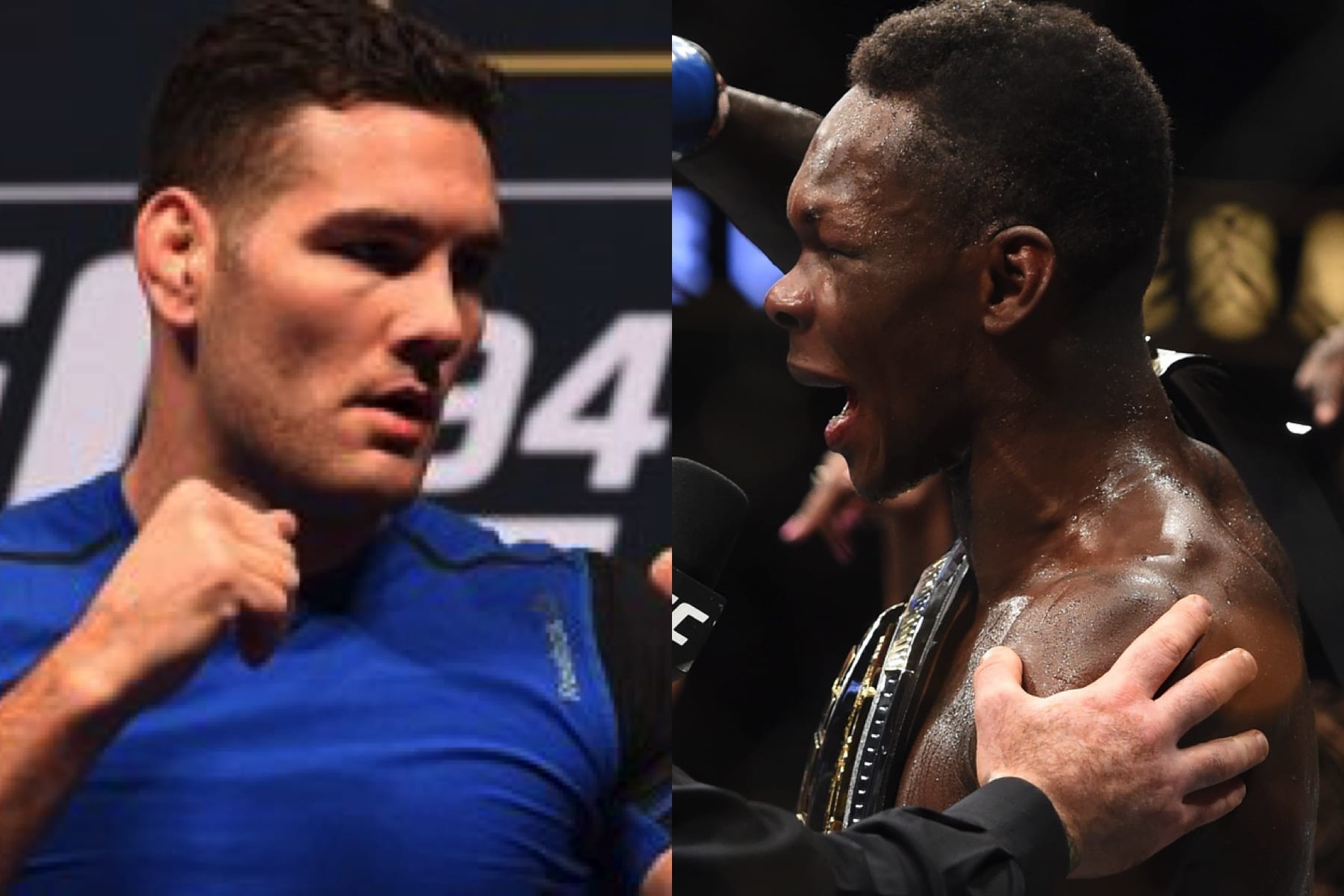 After his classic five-round war with Kelvin Gastelum at April 13’s UFC 236, interim middleweight champ Israel Adesanya has a target on his head.

One of the fighters who potentially has ‘The Last Stylebender’ in his sights is former champ Chris Weidman. The New York native appeared on today’s episode of ‘Ariel Helwani’s MMA Show’ to discuss the newly-crowned interim champ.

While it may have seemed he threw some shade at Adesanya before UFC 236, he claims he was just pointing out that he hadn’t fought a top five-ranked challenge at that point:

Weidman moved on to express his desire to fight Adesanya. He believes he would be a ‘nightmare match-up’ for the striking-focused star:

“I’m a fan of the guy. I like watching him fight. I would love to fight him. And I think I’m a nightmare match-up for him if you look at the paper. Just based on the paper with my wrestling, jiu-jitsu, and my size, I think I would be a real problem for him.”

Despite that belief, Weidman noted he believes Adesanya is a great fighter. He was merely being realistic before UFC 236:

“But I have nothing but, I think the guy’s awesome. I’m not trying to put him down. I was just being realistic in the situation he had never fought a top-five guy yet up until Kelvin. That was it.”

When the fight actually happened, however, Weidman was thoroughly impressed like most everyone else. He gave praise to both fighters and claimed it was one of the best fights he had ever seen:

“I was extremely impressed, I thought Adesanya was a tougher match-up for Kelvin than Whittaker was. I just thought the size and everything, the length, and how good he is standing, it was a little tough for Gastelum. Just because Gastelum hasn’t been a guy who has been looking to take it to the ground in a long time.

“But both of those guys put it on the line and I have a crazy amount of admiration for both of those guys, what they did in that fight. I think that might have been one of the best fights I’ve ever seen, so I give nothing but props to both of them. It was unbelievable watching that fight.”