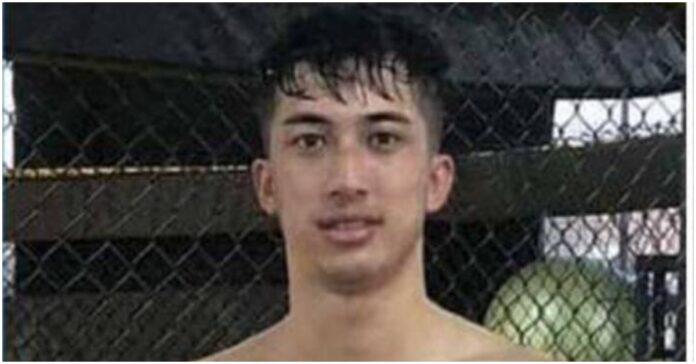 Two rape victims have spoken out about the trouble they faced after encountering MMA fighter Charles Goodwin. Goodwin was convicted of raping two students and sexually assaulting another on Friday, January 22nd.

One of the victims of Goodwin, Sarah, spoke to The Times to recall her encounter with him. Initially, she said she had believed he was a “nice boy” but after what happened she tried to forget about it believing it was a drunken mistake.

Sarah called her sister the following morning after the ordeal and said: “She saw me: I was in a state and confused and trying to come to terms with what had happened. I was in a lot of pain that day.”

Having originally agreed to let it go, Sarah changed her mind when she heard about another victim of Goodwin, a fellow student named Claire. Claire said she was comforted by Goodwin on a night out, and he gave her his coat before pouring her multiple drinks, “to the point where I couldn’t stand without leaning on something” Claire added.

Claire said she didn’t expect this and felt she was safe in a group setting, but after Goodwin managed to isolate her, he repeatedly put his hands down the back of her tracksuit trousers despite being told no.

Both girls had spoken to the university following their ordeals and within a week the police had been called and Goodwin arrested. Claire said: “There wasn’t any communication beforehand of what [we] might like. He just took what he wanted.”

Charles Goodwin Had Previously Been Arrested

Eight months prior to this Goodwin had been arrested for brutally raping and throttling another student but was bailed and then released under investigation without a charge.

“Why did it take three victims for him to be remanded? Why wasn’t he remanded immediately? I think there are definitely failings in the handling of the Manchester case.”

Claire added: “Why do there have to be more victims for it actually to get to court?”

Goodwin pleaded not guilty which led to both girls having to be interrogated which were not only ‘distressing’ but done in a way to make try and highlight Goodwin favourably.

She added: “It was very distressing. At the break I went into the toilet and just cried. It was just awful. She made me feel like I was in the wrong.”

For Sarah, Goodwin’s barrister argued that she was motivated by jealousy of his girlfriend which she said “I feel like that’s a huge failing [of the system] because that’s something that’s going to stick with me. I’m never going to forget that. “It felt like I was being manipulated by him through the courts. How does that help rape culture in any way to say I was a jealous girl trying to ruin a man’s life?”. (Transcribed by liverpoolecho.co.uk)

Sarah is still coming to terms with everything she went through but has slowly begun to get her life back together having found a boyfriend, but she says it is still affecting her.

“It’s had a massive impact on our relationship, because I had to say to him from the get-go that sometimes when we have sex I might cry, or I might have a panic attack. And it has happened a few times.”

Sarah added she is terrified of getting drunk with people she does not know. She said: “I lost a year of my life when I wasn’t me. I just shut down for a year.”

Goodwin was told by a judge to expect ‘a lengthy period of imprisonment’ and awaits sentencing this month.