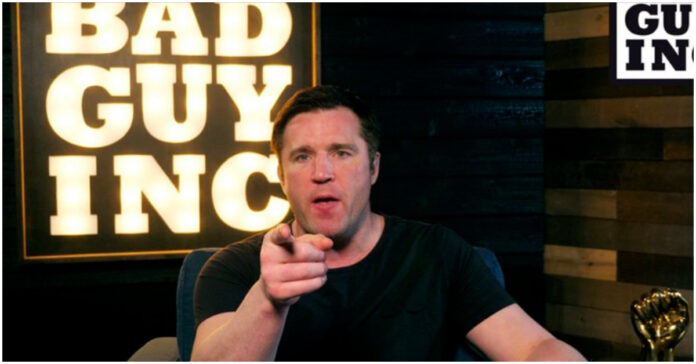 The five charges against Chael Sonnen stemming from a December altercation at a Las Vegas hotel have been dismissed, according to ESPN’s Marc Raimondi.

The former UFC contender and current ESPN MMA analyst was originally hit with five citations for battery after a brawl broke out at the Four Seasons where he was staying with his wife.

At the time of the incident, witnesses told TMZ that earlier in the evening they saw Sonnen banging on the door of another hotel guest before a couple walked by and a scuffle broke out but they were unsure as to why it began.

They explained that the fight definitely went in the favour of ‘The American Gangster’ which was to be assumed given his accolades in the world of combat sport.

Of course, initial reactions seemed to lean toward Sonnen being a villain in the situation as the only known details at the time were that he was arrested for battery and his wife was involved in some capacity. However as more information came out, it became clear that Sonnen was acting in defense of his wife and public outrage quickly turned to admiration.

He ultimately received no supplemental discipline from ESPN.

Coming off a recent domestic violence arrest of his own, former lightweight champion Jon ‘Bones’ Jones was quick to air his opinion on the issue.

The misinformed tweet drew the attention of other UFC fighters who came to the defense of ‘The Bad Guy’. Jones has been out of action since early 2020 and has long been a subject of controversy in the mainstream media.

Do you think Chael Sonnen will face any further discipline for this altercation?