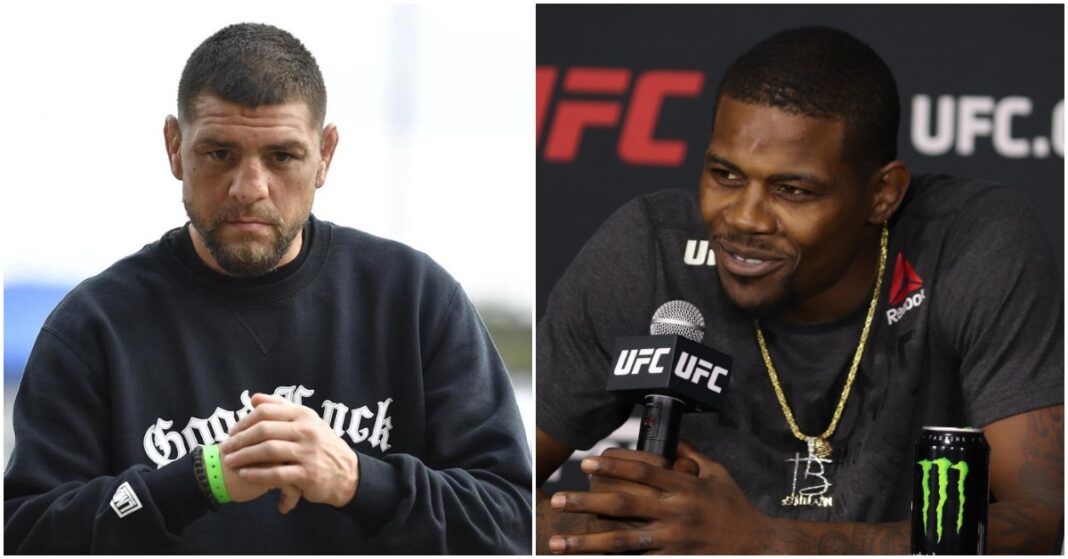 Chael Sonnen spoke in an episode of Beyond the Fight yesterday and announced that the UFC is targeting a welterweight match-up between Nick Diaz and Kevin Holland.

Kevin Holland enjoyed a great 2020 going 5-0 with all apart from one of those victories coming inside the distance.

However, 2021 didn’t show Holland the same fortune as he would go 0-2 with decision losses coming against Derek Brunson and Marvin Vettori, followed up by a no-contest due to an accidental headbutt in his match up with Kyle Daukaus.

The Brunson and Vettori fights highlighted a wrestling weakness for Holland and may have played into his decision to now drop down to welterweight.

Diaz, who needs no introduction, last stepped inside the octagon back at UFC 266 where he would lose inside the distance to Robbie Lawler. Many fans were unsure of what the next move would be for Diaz as he looked like a shell of his former self last time out, but it does appear Stockton fighter isn’t quite done yet.

Now according to Chael Sonnen, the two men are set to face it out within the welterweight division.

“Tommy from the Bronx just reached out to me. Told me something. I said, ‘Is this public?’ And he said you can share it. It had something to do with Nick Diaz vs. Kevin Holland.

“A little bit surprised by it, only because Nick Diaz is such a megastar. But what do you do with him? Nick Diaz, at all times, is one win away from being in a main event. He was last time when he fought Robbie Lawler… Kevin is gonna change weight classes down to 170 pounds, so we’ve been told. Nick’s still under contract and he wants to do something, and everyone wants to see him do it. So, you start matching him up very cleverly… I get it. I’m in.” (Transcribed by BJPenn.com)

Chael Sonnen would go on to praise Holland during this episode and speak on the potential he has as a competitor inside the UFC.

“Nobody was on a trajectory like Kevin Holland, this year got a little bit off course, but last year at this exact same time you couldn’t read anything about MMA without reading about Kevin Holland, he had five fights, he did them all in a row, he won them all, he was finishing guys including Jacare.

“It’s one of these things you can’t write off Kevin Holland.”

Although nothing has been confirmed yet, who would you see leaving the octagon as a winner if Kevin Holland and Nick Diaz decide to throw down?