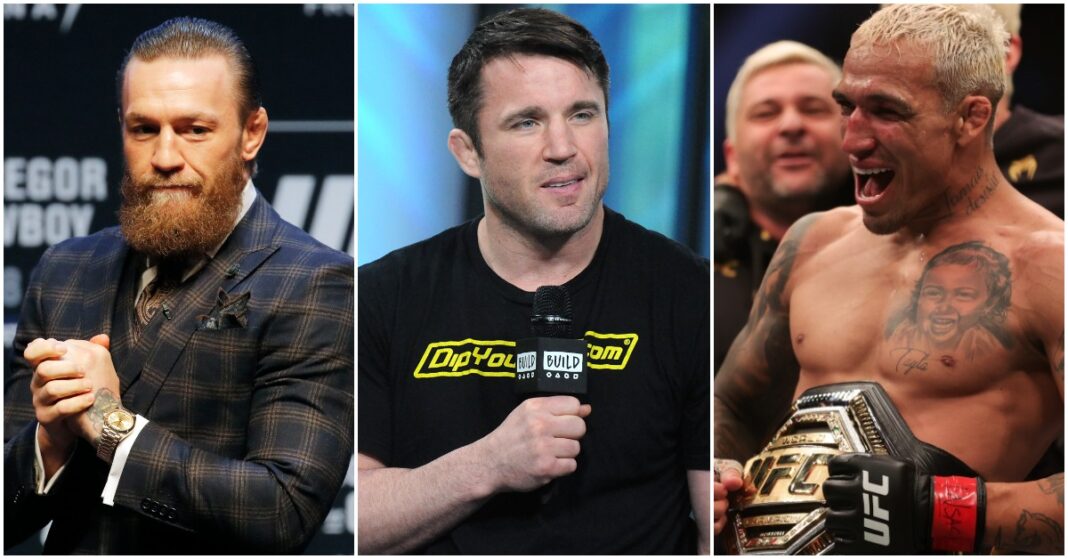 MMA legend, Chael Sonnen still believes that Conor McGregor has some left in the tank and could pose serious issues for the current champion in Charles Oliveira.

UFC lightweight champion Charles Oliveira gained the admiration of MMA fans after becoming champion after 28 fights under the UFC. ‘Do Bronx’ would also upset Dustin Poirier at UFC 269 in his first defence to cement himself as the best lightweight in the world.

Now it seems that Oliveira is angling for a fight with the biggest star in the sport in Conor McGregor and the payday that comes with it. Although there is a consensus number one contender in Justin Gaethje, Oliveira is willing to let McGregor skip the queue. “May would be a wonderful date. Conor challenged me asking a date, and tweeted Ireland vs. Brazil 2.” Oliveira said “Not only him, but also myself and all the world wants to see that fight. So let’s make it happen. I’m waiting for him in May.”

Although Olivieria has proven himself as one of the best in the sport, MMA fighter turned analyst, Chael Sonnen believes he should be careful what he wishes for. “If there’s anybody that Conor is likely to beat to become the world champion, it is the sitting champion, right now,” Sonnen said via his YouTube. “Charles Oliveira-Conor McGregor is a fascinating matchup. It is very problematic for Oliveira. Conor McGregor is as good of a striker as this sport has ever seen. Oliveira is a very dynamic striker who showed some real wrestling prowess in a couple of contests but in other contests didn’t.

“Conor can handle himself on the ground. Conor can take care of himself on the feet. The in-between has been a problem with very high-level guys. So now you start to have a question of, is Oliveira a really high level guy? Is he that high enough of a level guy? I don’t have the answers to these questions. I’m just sharing for you, however this goes, the fans are going to get something very special.” (Transcribed by MMAFighting)

Although both McGregor and Oliveira would jump at the opportunity to fight one another and every McGregor fight is a huge event the likelihood of the fight taking place next is unlikely. although McGregor has the star power, he is coming off back-to-back loses by the man Oliveira just beat in Poirier. McGregor also suffered a broken leg in his last bout with no clear date of a return. there is also the problem of Gaethje who UFC President Dana White has said would be the most likely candidate for a title shot.

Do you agree with Chael Sonnen? Is Conor McGregor a problem for Charles Oliveira?