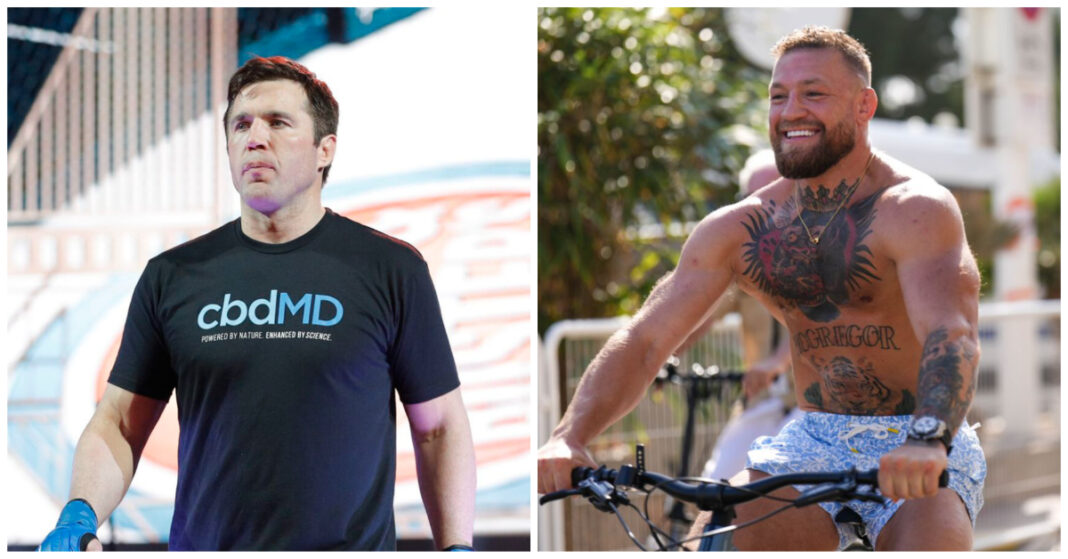 Former UFC title challenger, Chael Sonnen claims that fighters are only calling out Conor McGregor because he is side-lined due to injury.

It has been almost 11 months since we saw McGregor suffer a catastrophic injury in his trilogy fight with Dustin Poirier, breaking his leg in round one. Although the Irishman seems to be fit and desires a return to fighting, no clear date has been set out for a return.

‘The Notorious’ currently sits at No.8 in the UFC lightweight rankings and his last significant win came in 2016 against Eddie Alvarez, but fighters across two weight divisions continue to call McGregor’s name in hopes of a potential mega-fight.

From Charles Oliveira to Jorge Masvidal, plenty of the UFC’s biggest attractions make their respective case for the fight, but fighter turned analyst, Chael Sonnen believes they are only comfortable doing so as McGregor is unable to fight.

“But now all of a sudden I got twelve guys I could point that have gone to Twitter and found their balls. Where were they before his leg was snapped? It’s a fair question by me and an accurate depiction of the timeline.”

Is Sonnen right? Well, he is certainly correct into the regards of the number of fighters who still goad McGregor in hopes of a future fight. whether it be media provocation or the spotlight, McGregor continues to be on the tips of many tongues around the MMA world.