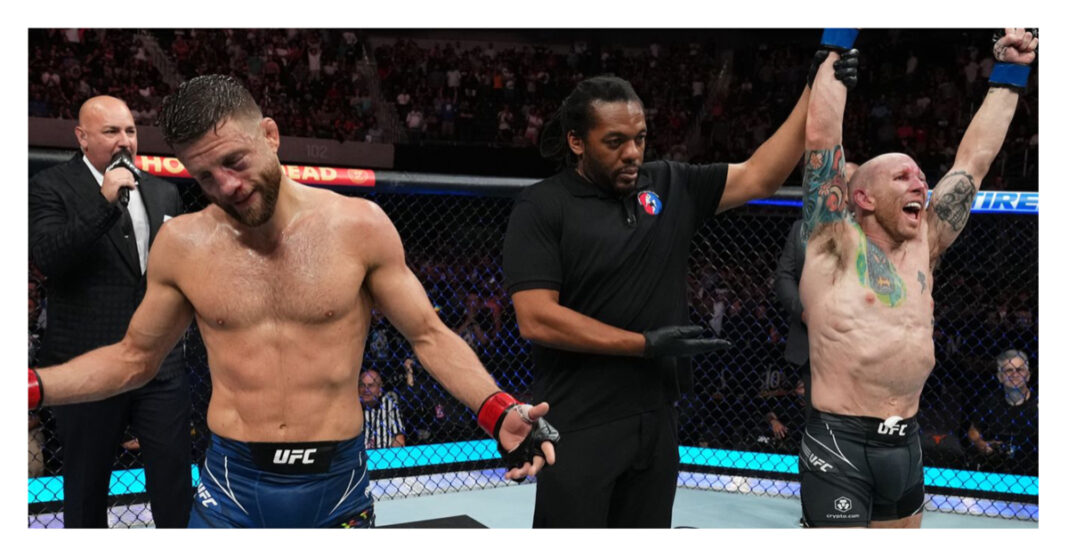 Following Calvin Kattar’s (23-6 MMA) main event loss to fellow featherweight Josh Emmett (18-2 MMA) last night in Austin, Texas, the Boston native has been left with more questions than when he entered the octagon.

The confusion for the 34-year-old is tough, especially following a highly contested 25-minutes, thinking you had done enough to find yourself in the win column. However, unfortunately for Kattar, the judges saw the outcome a little differently.

Calvin Kattar subsequently lost on a close split-decision to the rising Josh Emmett in the main event in the Moody Centre at UFC Austin, making ‘The Boston Finisher’ 3-2 in his last five UFC bouts.

“I just thought I was going to get my hand raised at the end of it,” Kattar expressed in his post-fight show. “I didn’t care, we give a sh*t if it’s unanimous or a split. I thought I did enough to win the fight. Josh is a class act, a tough kid. Congrats to him and his team.”

One of the main issues Kattar acknowledged was the power of his opponent. Although he didn’t seem too fazed by Emmett’s KO capability, Kattar would stress to his coach Tyson Chartier in between rounds that “he’s loading up!”

During his post-fight interview, Kattar continued to articulate his confusion with the judge’s decision, as he states he’ll take some time away to regroup with his team before deciding on whom he’ll come back to fight.

“I thought I did enough to beat a high-level caliber opponent,” Kattar said. “I just have to go back, check the tape, see what’s up. I’ve really got more questions than anything.” (Transcribed by MMAJunkie.com)

Who do you think Calvin Kattar should face next?