LowKickMMA.com
Home UFC News Josh Emmett Declares Himself “The Best Featherweight On The Planet”, Wants The... 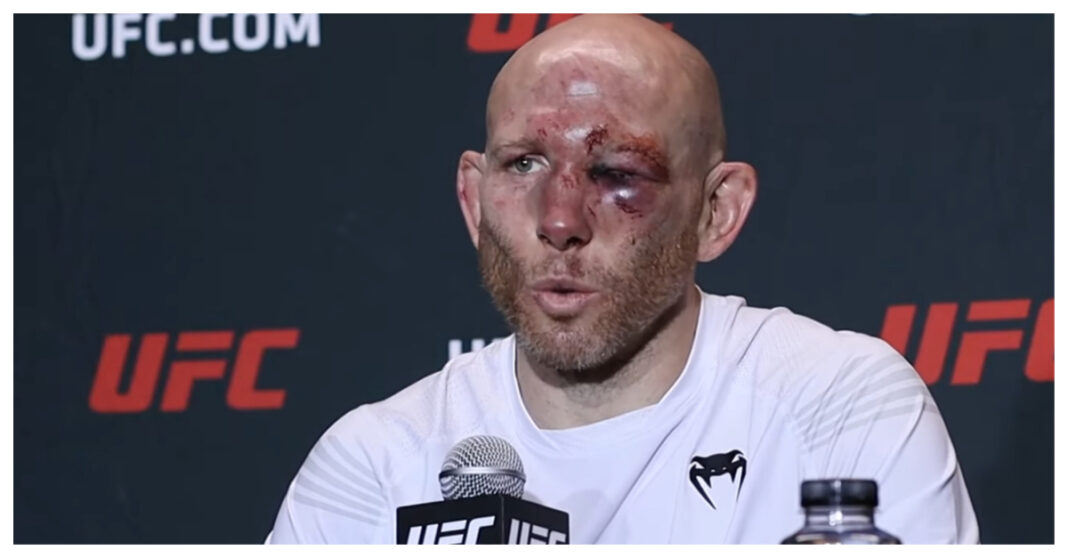 Josh Emmett has announced himself to be the best featherweight on the planet.

This past Saturday, Emmett took on fan-favorite Calvin Kattar in the headlining fight of UFC Austin. In a close-fought contest that could’ve gone either way, Emmett secured a razor-thin win by a split decision. Emmett was not in the top five going into the bout but is likely to move up after beating the fourth-ranked contender at featherweight.

Josh Emmett says he’s “the best featherweight on the planet”

Emmett, 37 years old, is looking for what would likely be his final run at the promotional gold. Following his victory at UFC on ESPN 37, the California native believes he’s done enough to get a title shot.

During the post-fight press conference, Josh Emmett revealed his plans ahead and declared himself to be the best fighter at 145lbs.

“I want that (title) shot,” Emmett said. “I said the number two and three guys they’re phenomenal fighters, they’ve fought the top guys, Max Holloway, and Alexander Volkanovski. We need some new blood in the division. I know I can compete with them.

I’m the best featherweight on this planet and I’m ready. I want to be sitting cage side in two weeks to see who I’m fighting next.”

How likely is Emmett to get a title shot?

Reigning UFC Featherweight champion Alexander Volkanovski is set to face Max Holloway for a third time on July 2 at UFC 276. The co-main event of the night will have significant implications for other contenders in the division, including Josh Emmett.

When asked about who he would prefer to come out on top of that contest, Emmett said that he didn’t have a dog in the race but expanded on more on matching up with Volkanovski than Holloway.

“It doesn’t really matter. They’re both phenomenal fighters, some of the best featherweights of all time but the way I do see it though if Volkanovski wins, then he solidifies himself as the GOAT for now. If Max were to win, I know Volkanovski won the first one, it was decisive. The second one was a little controversial, super close, could go either way.

“Doesn’t really matter but Volkanovski is a phenomenal champion. He’s undefeated in the UFC, he’s on some 20-something fight win streak. I think him and I match up really well, stylistically. I know I can compete with these guys. I know I can beat these guys.”

Emmett would like Volkanovski to retain his title if he is to get a title shot. If Holloway becomes the new champion, an immediate rematch would likely be on the cards leaving Emmett on the sidelines for longer to get his chance at the strap.

Do you want to see Josh Emmett fight the winner of Volkanovski-Holloway 3?