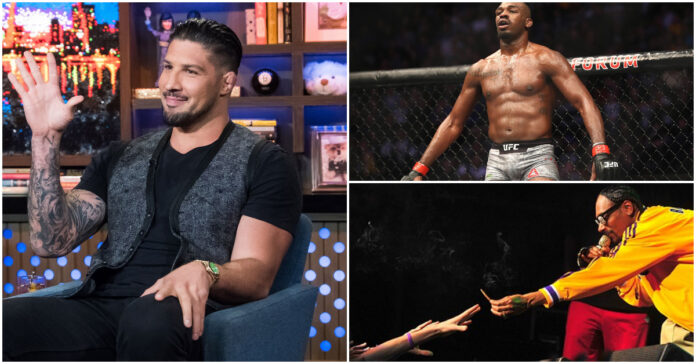 Brendan Schaub believes that there won’t be another champion as dominant as Jon Jones.

This past weekend, Jiri Prochazka created history when he dethroned Glover Teixeira to become the new light heavyweight king at UFC 275. He also became the first Czech champion in the promotion and received major backing from legendary fighters such as Georges St-Pierre who tout him to have a commanding reign ahead.

When it comes to any champion in the UFC, and especially in the 205-lbs division, Jones is widely considered to be the gold standard for other athletes given his accomplishments. The former two-time UFC Light Heavyweight title holder successfully defended the strap 11 times and has never lost a bout where the title was on the line.

In the latest episode of the Schaub Show, Brendan Shaub shared his thoughts on why he believes the 205-lbs title will continue to change hands despite Prochazka’s abilities.

“I think you’re going to get multiple world champions in the next two years and when I look at the division, you know, unless there’s some freak that comes along soon that we haven’t heard of, you’re not getting another Jon Jones in this lifetime; a guy who’s just absolutely dominant.” (h/t Sportkeeda)

Jan Blachowicz won the vacant title after Jones’ absence against Dominick Reyes in September 2020. His only title defense came against the reigning UFC Middleweight king Israel Adesanya, who moved up a weight class to test out his chops. ‘The Legendary Polish Power’ would go on to drop the crown in his next fight to Glover Teixeira.

It remains to be seen whether Jiri Prochazka is able to add some stability to the division and emulate a run similar to Jones’ early career. While there has not been an official announcement, he will likely face Blachowicz in his first title defense.

Meanwhile, Jones has been out of action for over two years now gearing up to make his heavyweight debut. He’s expected to face Stipe Miocic for the interim title sometime later this year.

Do you agree with Brendan Schaub on his take?