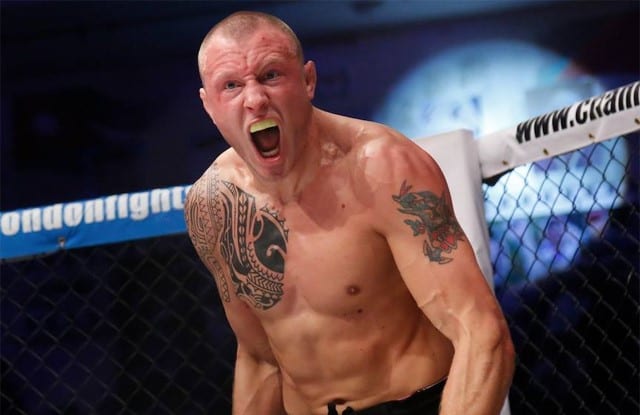 ESPN’s Brett Okamoto was the first to break the news via Twitter.

Breaking: Jacare Souza vs. Jack Hermansson is verbally agreed to headline UFC Fight Night on April 27. Hermansson replaces Yoel Romero, who withdrew due to illness. UFC has promised Souza a title shot should he win. A victory would improve his UFC record to 10-3.

Hermansson, fresh off his 49-second destruction of David Branch last weekend, will step in on short notice for Yoel Romero, who was the original opponent for Souza.

Should he win, Souza would earn a title shot according to his manager Gilberto Faria. Faria also gave props to Hermansson for stepping in on short notice and effectively saving the main event.

Jacare’s title shot, should he win on April 27, would come after a title unification bout between Robert Whittaker and the winner of next week’s interim title fight between Israel Adesanya and Kelvin Gastelum.

While Hermansson just competed last week, Souza’s last goaround was at UFC 230 against Chris Weidman. The Brazilian is currently sitting as the No. 3 middleweight in the UFC.

UFC on ESPN 3 will take place on April 27 at the BB&T Center in Fort Lauderdale, Florida. The entire fight card will be available on ESPN and ESPN+.