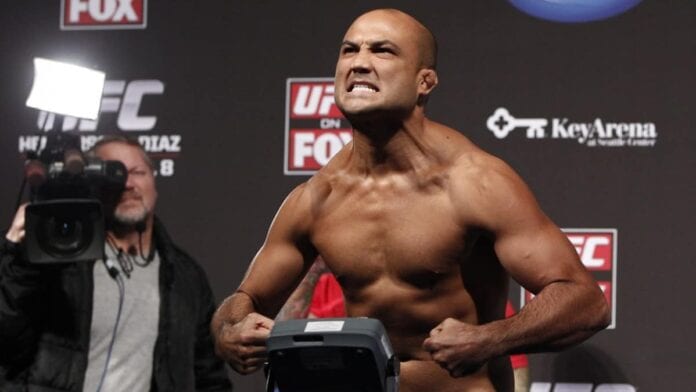 BJ Penn has fallen short of his goal of becoming governor of Hawaii, but the UFC Hall of Famer is refusing to give up just yet.

BJ Penn was running against Duke Aiona for the Republican primary and he just came up short. Aiona took 51 percent of the votes, while BJ Penn had 25 percent. Aiona had more than double the votes than Penn.

But despite this, BJ Penn took to Instagram where he posted a story saying:

“It’s not over. We are not conceding.”

BJ Penn Takes Another Loss, This Time In The Political Arena

Penn has been campaigning hard on social media since last year, aiming to become the governor of Hawaii. He didn’t just want to be another governor either, Penn had big plans of bringing changes to his home state, but for now, those plans will stay with Penn, as he took a stumble in the Republican primaries.

For those following this news for a while, it was enviable that Penn would lose. In the past, Penn has skipped out on important debates and when asked about the specifics of his plans, the media had to deal with some incoherent rambling that gave voters very little hope.

At least this loss isn’t as bad as the recent ones the MMA legend had to deal with. After a prestigious run in the UFC’s Lightweight division, Penn had an infamous fall from grace, as he lost 7 straight fights, many of which he was outclassed by far lesser opponents.

What’s worse is the legal trouble BJ Penn has had outside of the cage. From restraining orders, to street fights, to alleged DUIs, Penn has had an awful few years.

So, compared to all of that, losing an election doesn’t seem too bad. At least BJ Penn fans will find this news easier to swallow than all the other controversies.