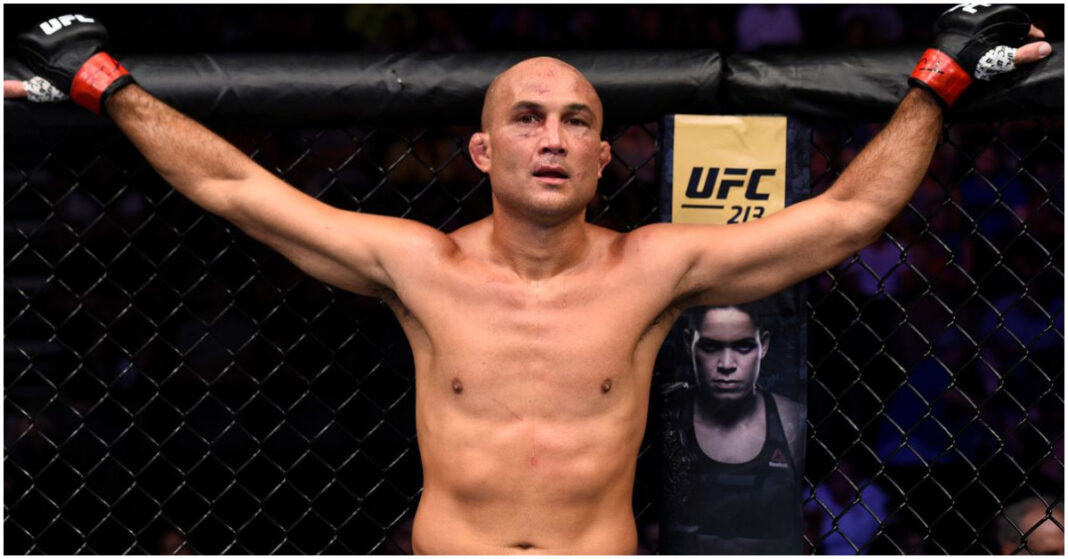 BJ Penn has made the move to run for Hawaii’s governor in the upcoming elections official.

The former two-division UFC champ will be running as a Republican with four other candidates from the same side on the ballot. Along with the mixed martial artist, the other GOP contenders include two businesspersons, a retired U.S. army officer, and a councilmember.

Penn aims to replace current Democratic Governor David Ige is term-limited and will be ineligible to run for a third term in office.

Adding another feather to his cap, ‘The Prodigy’ found his calling in politics during the pandemic. The 43-year-old aligned himself with the GOP after speaking out against mask mandates and vaccine restrictions. He had promised to lift them if elected governor.

Given that the world has largely gone back to normal with most restrictions already lifted over the last few months, Penn has yet to define his other gubernatorial goals. Although the official campaign website does not list any plan of action, Penn invites Hawaiians to “join the fight” by donating to his campaign: BJ Penn for Governor of Hawaii.

Penn has hinted at another sporting objective he wishes to seek. Taking to Instagram to share his promises with the fans, Penn announced that he would bring Hawaii its first NFL team as well as three UFC fights a year.

As one of the most gifted fighters inside the cage, BJ Penn may not find his skills translate as well to politics. In a recent appearance on the Joe Rogan Experience, Penn raised the issue of exorbitant state income taxes. He claimed Hawaii to have the highest one in the country whereas California actually has the highest tax rate. When probed by Rogan on what the rate was, Penn failed to come up with the answer.

“I don’t got the exact number right now but we talk about that often,” Penn said.

While Penn may not be a political expert, he is the most recognized candidate in the GOP primary. His popularity with the audience is what makes him a genuine challenge.

“Really, what he’s bringing to the race is his charisma and populist appeal, and I think that will be attractive to a lot of voters who frankly are very frustrated with the establishment Democratic Party here,” HNN political analyst Colin Moore told Hawaii News Now.

“He might not know that our top marginal income tax rate is 11%, but that’s not what people are really looking for him to deliver.”

Would you vote for BJ Penn?