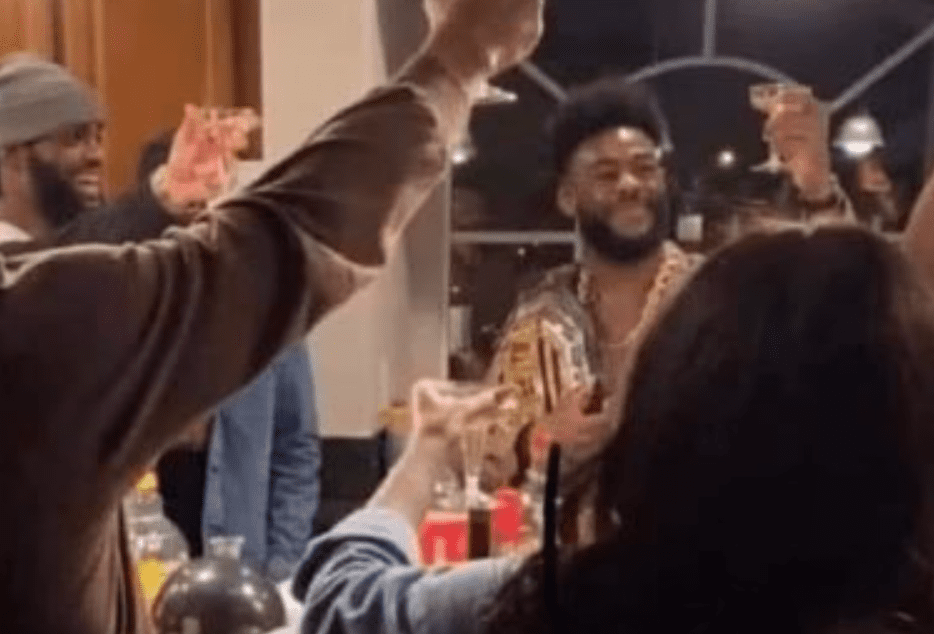 Sterling became the new bantamweight champion at UFC 259 last weekend after receiving an illegal knee from Yan in the fourth round of their title fight.

The contest was eventually waved off with Yan getting disqualified while Sterling received plenty of criticism for allegedly overacting following the knee.

More than anything, “Funk Master” was criticized for claiming he didn’t want to win the belt that way only for him to celebrate and pose with it later on in the night.

With regard to that, UFC featherweight Billy Quarantillo — who was one of the guests in Sterling’s post-fight party — claims the new champion didn’t want to celebrate at all.

instead, he was made to by his guests who felt he deserved it.

“All those memes and everything with him and the champagne and stuff, they made him do that,” Quarantillo told the Elite Sports Network podcast (via BJ Penn). “Like, (Sterling) didn’t want to do that. They’re like, ‘Yo, here’s the belt, take it, put it on, you fought for this forever.’ This wasn’t just this last fight, this was every UFC fight he’s had, every UFC win, going to every venue. It’s a lifetime that he’s celebrating.

“And of course, I know how UFC Twitter is with the memes and all that. But that was a thing they made him do. He wasn’t drinking, he had like one thing of champagne. He basically said let’s watch the fight again. Watched the fight and broke it down. As a fighter, that showed me where he’s at because he just wanted to break the fight down right away and get to work. I think in the rematch he’s going to be a totally different fighter.”

Whether his next fight is with Yan or somebody else remains to be seen.

What do you think of Sterling celebrating after the DQ win?