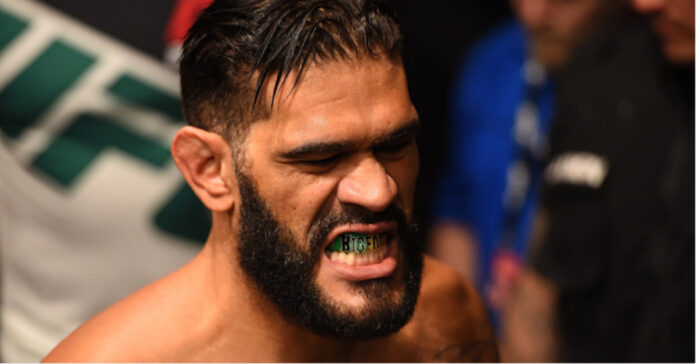 Bigfoot Silva was signed by the UFC in 2012 following a somewhat successful run in Strikeforce. He was released from the UFC in 2016 following his third straight loss in the promotion. Overall, Bigfoot when 3-7 in the UFC. After winning back-to-back fights against Travis Browne and Alistair Overeem, Silva was awarded a title shot against then-champion Cain Velasquez. Silva lost his lone title opportunity just 81 seconds into the bout via knockout.

Since his release, Silva has fought for organizations in Russia. He is yet to win since his UFC exit and Friday’s loss resulted in his third straight knockout loss and seventh straight overall.

Silva gained notoriety for his knockout power in Cage Warriors and the short-lived Elite XC promotion. After becoming the Cage Warriors Super Heavyweight Champion and the only heavyweight champion in the history of Elite XC, Silva was signed by Strikeforce in 2009. His most notable win came against ‘The Last Emperor’ Fedor Emelianenko in the quarter-final round of the Strikeforce Heavyweight Grand Prix.

Following his loss to Daniel Cormier in the semi-finals of the Strikeforce tournament, Bigfoot Silva made his UFC debut against Cain Velasquez prior to their UFC 160 title bout. Velasquez would finish Silva in the first round of their UFC 146 clash.

In 2021, Antonio Silva spoke with AG Fight regarding some personal and professional problems he had been working through. In the interview, Bigfoot appeared confident that the worst was behind him and that he could get his career back on track.

“(The problem) was here (in the head). From 2014 onwards, my life went downhill, not only in my professional life but also in my personal life. Personal things I did that influenced my professional life. At the time I thought I was right, I didn’t see the error and this is a snowball. You reap what you sow. I made a big change. I wish I had this head and this personal life for years. Surely now it is a ‘Pezão’ from ten years ago that will return. I had to fall several times to see where I went wrong. Falling is important, but the most important thing is to get up and, thank God, I managed.”

With a record of 1-10-1 in his last 12 contests, many are calling for Bigfoot Silva to retire from the sport.