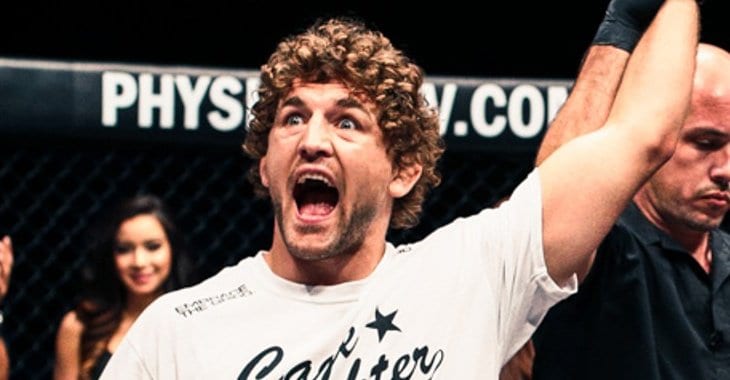 Since officially joining the ranks of the UFC, Askren has taken shots at nearly every relevant 170-pound contender on the roster. “Funky” is going out of his way to let any and all comers feel his wraith as he did again today.

Sijara Eubanks missed weight earlier today (Nov. 2, 2018) for her fight at UFC 230 against Roxanne Modafferi. This is her second time missing weight since joining the UFC. It wasn’t so much that Eubanks missed weight (again), it was the way she handled it that elicited a highly critical response from Askren.

“Funky” then turned his sights on Danis, who had provoked Askren in a since-deleted tweet:

No I’d fight you but you suck too much for any promoter to even consider the idea. https://t.co/DpfSni6Mx2

Ha ha ha ha little boy @dillondanis gets roasted, deletes the tweet and runs away with his til between his legs.

The back and forth between Askren and Danis has seemed to die down, for now anyway.

But we know from his past social media choices Danis can say just about anything at any time. And we know that Askren will be waiting to strike back with a witty-yet-brutal response. Stay tuned.