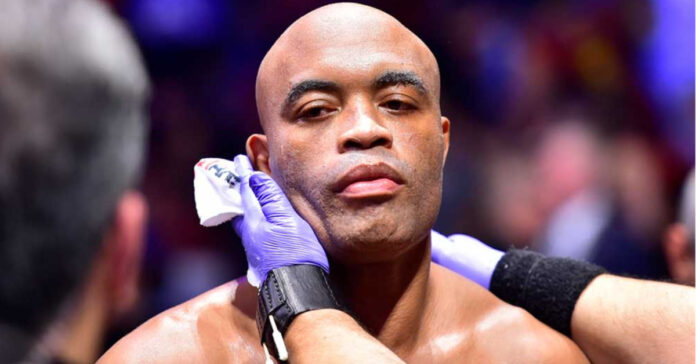 Anderson Silva will return to combat action this weekend when he attempts to beat undefeated YouTube sensation turned-boxer, Jake Paul.

Silva will be the third former UFC competitor, and second former UFC champion to try and beat Paul in a boxing match with the ‘Problem Child’ already holding victories over Tyron Woodley and Ben Askren.

However, Anderson Silva is in many ways completely different from Paul’s previous opponents.  A former UFC middleweight champion the Brazilian reigned supreme for many years over the 185-pound division and is regarded by many as one the greatest combat sports athletes of all time.

Given his extraordinary list of accolades, it comes as no surprise that Silva believes Paul has gotten himself in over his head ahead of their matchup. Speaking to ‘TheMacLife’ Silva kept his responses short and sweet when describing his mental switch as his matchup comes ever closer.

‘Now the war has started, that’s it. No more jokes no more hugs.’

Silva would also go on to suggest that Jake Paul does not truly understand just what type of situation he has gotten himself into with trying to defeat one of the all-time greats.

Having faced the best of the best whilst competing within the UFC it should come as no surprise that Anderson Silva appeared mentally unfazed by the challenge ahead of him. Silva had an extremely successful reign in the UFC and that success has followed him since his retirement from the sport and re-entry into the world of boxing.

Silva returned to the sport with a split-decision victory over former world champion Julio Cesar Chavez Jr back in 2021. He then followed that victory up by putting on a striking masterclass against Tito Ortiz which saw him knock out the former UFC light heavyweight champion in the very first round.

If Silva does emerge victorious this weekend, followers of the Brazilian should be extremely excited as he has already agreed to face Paul again but this time competing in a kickboxing matchup. An environment in which Silva will be able to unleash his full arsenal.

Who do you think will emerge victorious this weekend?