LowKickMMA.com
Home UFC News Anderson Silva: Conor McGregor Is The Best One In This Sport 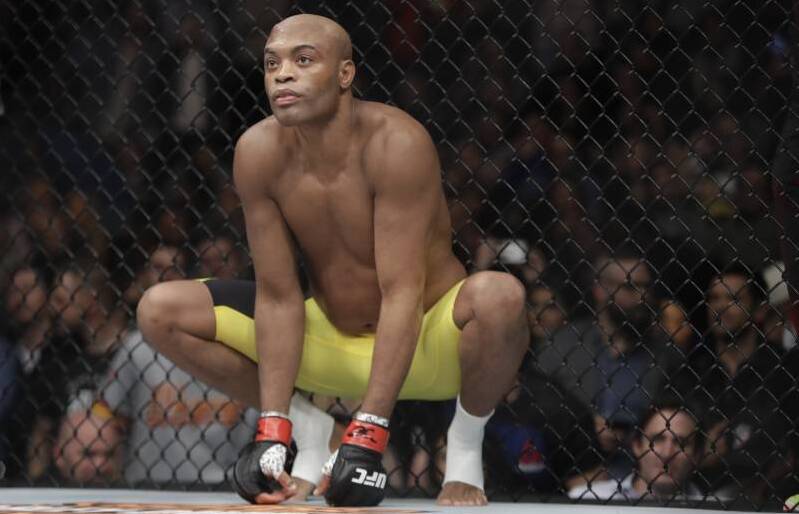 ‘The Spider‘ replied: “Wow, that’s very interesting, you know. It’s two big strikers, and I think for me, is a good challenge (for) myself. And challenge every single martial arts technique I’ve trained my entire life. You know, because Conor is a very athletic, is a very technique (technical), and he’s a good striker.

“And in my mind, it’s just you know, everybody fight with Conor and don’t realize that Conor is the best one in this sport. And (they) try to doing something better than Conor, but this is not happen because Conor is so smart, you know? Conor have the different time for everybody inside the cage.

“You know, especially when you fight for strikers, you know? Of course, when you see the fight, Conor with Khabib, it’s completely different. Khabib is the beast, you know? But when you’re talking about strikers, this is a good fight for fans.”

This would have been such a fun fight to see. Though Silva is far past his prime years, he is a great deal bigger than McGregor, that’d even things up a bit. Not to mention, he’s a 3rd-degree black belt in Brazilian Jiu-Jitsu under the Nogueira brothers.

Silva also has a 5th-degree black belt in Taekwondo, and a black prajied (belt) in Muay Thai. And he’s right, McGregor is the best, or at least one of the select few best strikers in the sport. They both are, they’ve both finished so many of their opponents with strikes.

It’s a little surprising to see Silva put ‘The Notorious’ above himself, given how talented Silva’s striking was at his peak, but he has always been humble and never owned up to being the best in the world, even through his 16-0 UFC run and ten title defenses.

That run also included fourteen finishes and three trips up to light-heavyweight, all three of which ended via first round knockout.

One of which was against former UFC Light-Heavyweight Champion Forrest Griffin, who’d just lost the belt to Rashad Evans in his fight prior. If Silva moved up just a tad sooner, he could have been the first simultaneous double champ in UFC history, not McGregor.

It’s too bad we likely won’t ever see this fight. Though it doesn’t make the most sense, it’d be a great display of martial arts from two absolute legends.

Silva will be having his final fight on Halloween at UFC Fight Night 182 against Uriah Hall, and this is just as good of a match up.

People were saying Hall was ready to fight Silva while he was still on The Ultimate Fighter, while Silva was still the UFC Middleweight Champion. There was a lot of hype around Hall, and this fight.

Hall however couldn’t live up to the hype. He was 7-2 when he came to the UFC off the New Jersey regional scene, and went 4-0 with three brutal knockouts on the show. However, he lost his first two fights in the UFC, and has gone 8-5 since, bringing his UFC record to 8-7.

Hall gets mentally fatigued, he’s been shown to fold under pressure. He is on a two fight win streak though, he has a 2nd-degree black belt in Kyokushin Karate, and he’s as athletic and dangerous as they come.

He has shown us he can beat anyone on any given night, as he finished top middleweight Gegard Mousasi in round two of their first fight. Hall is an incredibly skilled talent that just hasn’t been able to really put it all together consistently in the UFC.

Now that Silva’s at the tale end of his career, this is the perfect fight to make at the time it will be at its most competitive.

Do you agree with Silva’s claim of McGregor being the best in the sport?