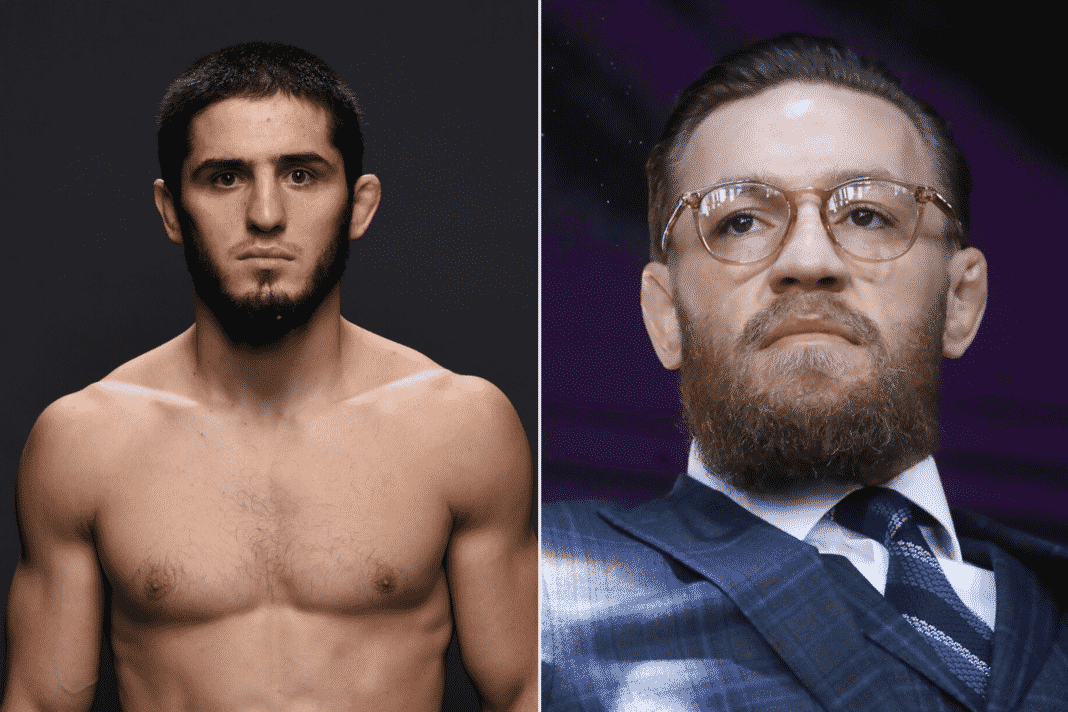 The contentious relationship between Conor McGregor and Ali Abdelaziz hasn’t cooled enough at any time since the October 2018 fight between ‘Notorious’ and Khabib Nurmagomedov, whom Abdelaziz manages.

Abdelaziz was asked by MMA Junkie about a potential fight between McGregor and Islam Makhachev.

“At the end of the day, all these guys are gonna fight each other… If Justin Gaethje wins, he’s gonna fight for the title… If Conor McGregor wanna get one more a**-whooping from the Dagestani mafia, we can give it to him, you know. Listen, at the the end of the day he’s still talking, he still insulted people, assaulted people. Still going to jail but listen, being locked in jail or being locked with Islam Makhachev?… I think he would choose jail,” Abdelaziz responded.

Makhachev is one the the brightest young stars in the sport, quickly ascending to the #5 ranking in the lightweight division and will be on display in a couple weeks at UFC 267 against Dan Hooker, who took the fight on short notice.

When asked about the state of the rivalry, Abdelaziz was adamant that this rivalry isn’t over and will continue for a long time:

“It’s not over, this [rivalry] will never be over. It can be on the street, in the hotel. Because some of the things he said and he never apologized for them. He insulted Khabib’s father, wife and family… But guess what, he’s irrelevant… Khabib took his soul and never gave it back, he’s a man living without a soul.” (Transcribed by Sportskeeda)

This rivalry obviously something personal for all involved and seems to be in a mode where there is no coming back. It will be interesting to see how this sentiment plays out.

How do you feel about the personal animosity between Conor McGregor and Ali Abdelaziz?