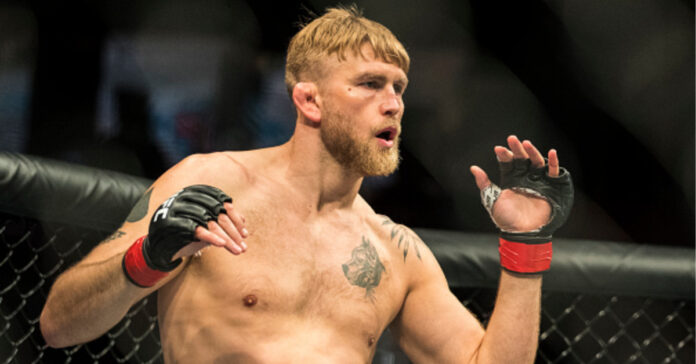 It’s been two years since we’ve seen Alexander Gustafsson in the octagon, but ‘The Mauler’ is finally ready to make his triumphant return at UFC London this Saturday.

Alexander Gustafsson will return to the light heavyweight division for the first time since 2019. The last time we saw the Swede at 205lbs, it was in a losing effort to perennial contender Anthony ‘Lionheart’ Smith. Prior to that, he competed against then-champion Jon Jones in a rematch of their UFC 165 classic. Facing back-to-back losses, Gustafsson announced his retirement from the sport.

A year later, ‘The Mauler’ came out of retirement, intent on making a run in the UFC’s heavyweight division. That run was cut short following a first-round submission loss to Fabricio Werdum in July 2020.

Now ‘The Mauler’ returns to light heavyweight when the promotion invades the O2 Arena for the second time in 2022.

Alexander Gustafsson Has No Regrets About Halted Heavyweight Run

Discussing his brief run in the heavyweight division, ‘The Mauler’ had no regrets about his attempt to move up to the UFC’s biggest and baddest weight class.

“But the light heavyweight division has always been there, it’s always where I’ve been fighting, competing. I feel great to be back. I’m excited to be back, and it’s been a while.”

In his return, Gustafsson will face Ukrainian Nikita Krylov. Currently sitting at 2-4 in his last six bouts, Krylov has faced some of the toughest competition the division offers including Jan Blachowicz, Glover Teixeira, Magomed Ankalaev, and Paul Craig. Krylov will be looking to snap a two-fight losing streak at the expense of ‘The Mauler’ on Saturday in London.