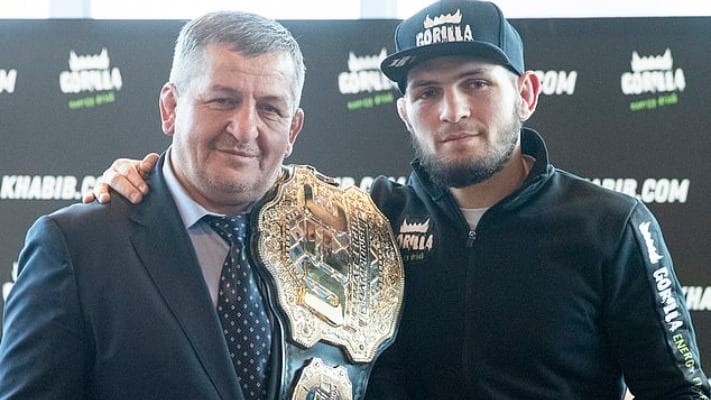 Abdulmanap Nurmagomedov, the father of Khabib Nurmagomedov, believes UFC 249 will happen on April 18 and knows the perfect location for it.

Nurmagomedov is expected to defend his lightweight title against Tony Ferguson on that date. Yet, due to the COVID-19 pandemic, and the UFC postponing the next three events, the status of UFC 249 is very much in the air. Dana White said the event would most likely not take place in the United States, so for Abdulmanap, he hopes it takes place in Dubai.

“Most likely it will be Dubai,” Abdulmanap said to RBC Sports in Russia (via MMA Fighting). “Firstly, it’s easier to fight diseases because of the heat. And I think the Emirates will pay for the UFC fight faster and easier. Abu Dhabi may well be, but then, [that’s up to] Dana White. I can’t approve, but there are more chances there.”

The UFC did sign a five-year deal to have one UFC event with a title on the line in Abu Dhabi every year. So, April could very well be the time they go to Abu Dhabi or Dubai for the event.

Even if they go there, the chances of fans being allowed to attend is uncertain. Yet, for the Nurmagomedov’s they don’t care if the event has fans or not.

“Khabib feels great, everything is going according to plan,” Abdulmanap said. “He is not afraid of the coronavirus, we are all mortals. What about empty stands? I think that the audience is good, but without them it is even better.”

Regardless, Dana White has made it clear he will go to extreme lengths to make this fight happen as it is one the world wants to see. Where it will take place is the big question mark right now.

Do you think UFC 249 will take place in Dubai as Abdulmanap Nurmagomedov suggests?