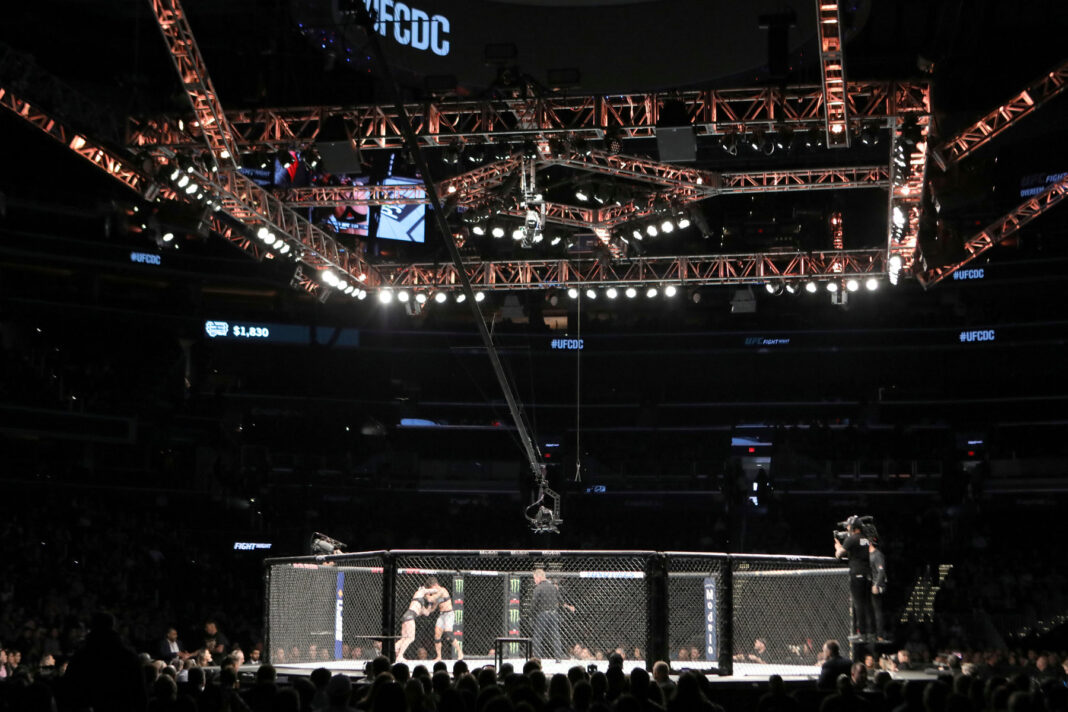 MMA is one of the world’s greatest, most exciting, entertaining, and fastest-growing sports. MMA is an activity in which competitors from any martial art, including boxing, karate, jiu-jitsu, judo, and wrestling, battle under regulations that require punching, kicking, and wrestling methods both on the ground and on the feet.

The bouts are typically contested in a cage or octagon, which is a combat area contained by metal fencing. Infrequently you will see MMA match-ups contested in a conventional boxing ring, or in amateur tournaments, a plain matted area.

While there are other MMA organizations, the Ultimate Fighting Championship (UFC) is without a doubt the most well-known and influential. Bellator, ONE Championship and PFL are currently battling it out for second place but none of them truly hold a candle to what the UFC has created.

Las Vegas, Nevada is the home of combat sports and the best casinos in the world such as  Hard Rock Hotels & Casinos. Under the guidance of its president Dana White the UFC is working on bringing elite-level MMA back to the casinos. Soon, MMA fans will be able to make new experiences as part of the always-energetic live audience in their city.

In this article, we will take a look at the four casinos that have organized iconic MMA tournaments.

The historic MGM Grand Garden Arena has hosted a few of the greatest boxing fight and MMA occasions in history. It keeps hosting the best of matches and offers the best payout online casino Canada. It’s also the informal home of the Ultimate Fighting Championship, having hosted 43 UFC events in the last two decades. The start of the famed feud between Tito Ortiz and Chuck Liddell took place at MGM, which has hosted occasions that have countless important moments in the short history of this relatively new sport. The MGM Grand Garden Arena hosted Anderson Silva‘s final fight and Georges St. Pierre’s farewell battle. Silva was tragically defeated by Chris Weidman in back-to-back TKO defeats at the renowned venue. Georges St. Pierre, the legendary welterweight champion, retired in the MGM after defending his title against Johny Hendricks in the arena.

While McGregor’s venue is T-Mobile Arena along with a Hard Rock Hotel & Casino option, the Mandalay Bay Events Center is the home of the previous heavyweight champion Brock Lesnar. At this venue, you will also find MMA themed online slots in Seminole hard rock. Lesnar’s connection with the Mandalay Bay Center is unique. It was then that the former WWE superstar was given the gift of modesty and forgiveness.

Brock Lesnar decided to transition to MMA after spending some time in the WWE and NFL. Lesnar would ultimately rise to the top of his weight class, but his start at the UFC was marred by experienced Frank Mir’s kneebar, which compelled Lesnar to tap out and go back to the drawing board.

Lesnar would eventually exact his vengeance on Mir in the same building of the same hotels. Lesnar fought and won his heavyweight title against contender Mir at UFC 100, winning by TKO in the second round.

Anderson Silva’s meteoric rise was also observed at Mandalay Bay. In the big show of UFC 64: Unstoppable, the Brazilian defeated Rich Franklin for the middleweight title. Silva came back to Mandalay Bay a few months later to began his seven-year dominance of the 185lb division.

4. Pearl at the Palms

Throughout every season The Ultimate Fighter its finale show has been held in The Pearl Theater at The Palms Casino Resort which also offers UFC slot machines. The tenth edition of TUF, which included heavyweight competitors, was probably one of the most noteworthy editions.

Roy ‘Big Country’ Nelson of TeamRashad booked his place in the final by knocking out his comrade James McSweeney in round one. Brendan Schaub, Matt Mitrione, and backyard fights icon Kimbo Slice also starred in TUF 10.

The Pearl Theater saw history being made as Jon Jones suffered his sole career defeat during the TUF 10 finale’s co-main event. Jones was on his way to a convincing victory over Matt Hamill when he was penalized for a couple of illegal elbow strikes. Jones’ ascension to superstar status and eventual revelation as the light heavyweight GOAT, though, was undamped by the defeat.