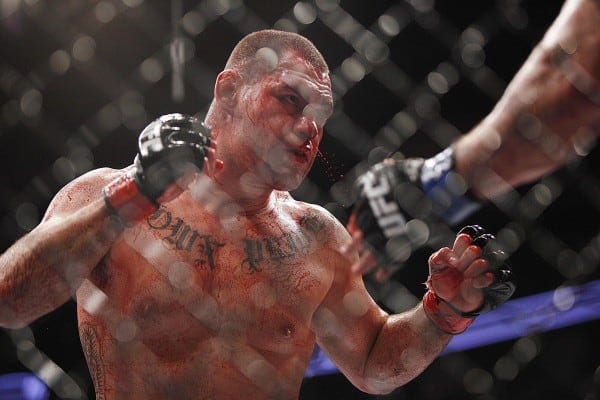 One new champion, a second show in Mexico, and three questions to be asked.  Let’s get right into the action much like they did from the Mexico City Arena this past weekend.

Was it really just ring rust?

I won’t deny that ring rust was evident for Cain Velasquez during his shocking third round submission loss to Fabricio Werdum. That was far from the best-looking Velasquez we have ever seen. But look deeper than just ring rust and you find Werdum had a great gameplan from day one.

The first thing to mention is that Werdum trained in Jiquipilcois, Mexico, which is 1500 feet higher than Mexico City, a month before the fight. By comparison, Velasquez went to Mexico City a mere two weeks prior. Werdum knew cardio was going to be a huge factor and prepared accordingly. Velasquez is relentless; everyone knows that, including Werdum. He comes at fighters with tenacity and heart unmatched by most heavyweights.

Werdum worked on knees in the clinch, knowing he was going to be there.  Fighters like JDS and Bigfoot (Velasquez’ last 5 opponents) throw looping punches and straight body shots, which are easier to walk through. What I noticed was a lack of head movement from Velasquez that resulted in Werdum landing straight punch after straight punch, and a few uppercuts for good measure.

When he tried to bait Velasquez into the ground, he knew the former champ was scared of his ground game, giving him confidence if it ever got there.  When Velasquez’ straightforward approach was being countered with straight punches from the longer fighter and he didn’t want to go to the ground, he got confused.

There was a point where all Velasquez could do was kick his legs in frustration. When all else fails, a fighter goes to his roots and Werdum was waiting for that one takedown. When it came, that was all he needed to lock in a submission and win.  Remember this is the man that submitted Fedor Emelianenko and knocked out Mark Hunt.

I’m sure Velasquez will earn a his way back to the top for a rematch. But until then, let’s start giving credit where credit is due. Fabricio Werdum is now the baddest man on the planet.

What weight should Kelvin Gastelum fight at?

Kelvin Gastelum did look significantly smaller than Nate Marquardt last night, but that did not stop him from putting a beating on ‘The Great.’ Gastelum has the speed, accuracy, heart, and a lot of other good qualities to go far in this sport.

Does he have the strength to put away some of the bigger middleweights though?  Renowned fight nutritionist Mike Dolce and Gastelim have a rocky relationship, with the fighter claiming he is expensive and Dolce claiming he lacked the discipline to consistently follow his diet.

Can Gastelum make 170 consistently if he tried? He probably could, but it would no longer be about cutting weight, but a life style change to maintain a better weight, and that takes time.

What weight should he fight at? The safe one, and for now that is middleweight. He can keep beating gatekeepers to keep himself relevant while getting his weight issues under control.  Dan Henderson just came off a quick win and would probably be ready for a quick turnaround. He has a nuclear right hand, and an iron chin, but I think Gastelum could find Henderson’s neck. 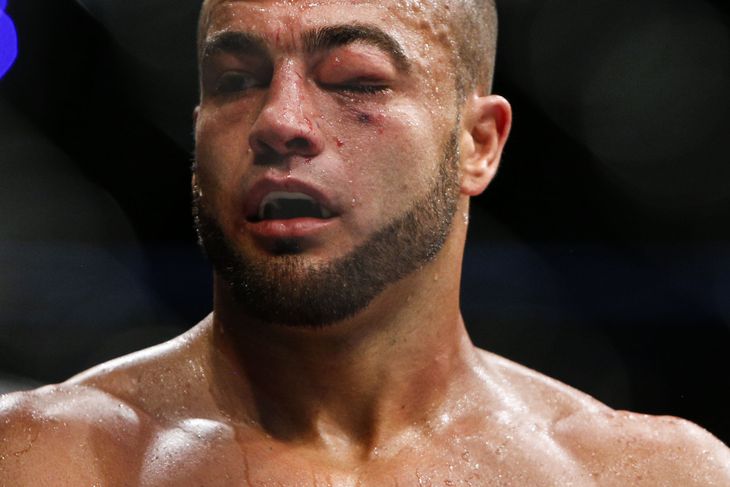 How did Gilbert Melendez lose after that first round?

That first round against Eddie Alvarez in the UFC 188 co-main event, Gilbert Melendez looked great. He mixed up his striking and blasted Alvarez with a couple elbows that broke his nose and swelled up his left eye.

After the first round, though, he resorted to nothing more than simple 1-2 combos. He abandoned the elbows and switched to headhunting. The takedown and spinning back elbow from Alvarez at the end of the second won him the round.

The third was much of the same. Alvarez mixed up his striking with leg kicks, spins and takedowns and Gilbert kept looking for that one big shot. Alvarez deserved to get the winl he truly looked like the better mixed martial artist. He varied his strikes and persevered through some early adversity.

Gilbert, on the other hand, forgot this was MMA, not boxing, much like the rest of his vaunted ‘Skrap Pack’ has in a recent string of disappointing losses. And that’s what cost him a huge victory at UFC 188 after such a great beginning.