LowKickMMA.com
Home UFC News Zabit Magomedsharipov Will Not Return To Fighting Until Health Issue Is Resolved 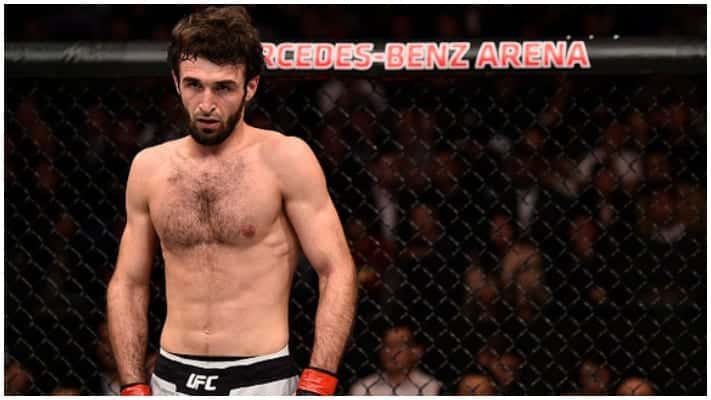 Top featherweight contender, Zabit Magomedsharipov, will not be fighting again anytime soon according to a report from Igor Lazorin who spoke with the Russian’s manager.

“Zabit has health problems, and more specifically, with the immune system. Magomedsharipov will not return to the octagon until these problems are resolved. These problems prevent Zabit from fully preparing for fights.

“In the near future, Zabit must postpone surgery to resolve these problems. And then it will be clear whether he will be able to continue his career.”

Magomedsharipov hasn’t fought since picking up a decision win over Calvin Kattar in November 2019. He’s been booked to a fight with Yair Rodriguez a few times but for one reason or another, that fight has never come off. ‘El Pantera’ is now expected to fight Max Holloway on July 17 instead.

The 30-year-old was recently removed from the UFC featherweight rankings due to inactivity. Magomedsharipov was previously among the top five before losing his spot. The extended layoff Magomedsharipov is facing seem to be permanent at one point as it was reported the undefeated fighter was contemplating retirement.

In a trio of decision victories, Zabit battled to a Fight of the Year candidate against Kyle Bochniak, before his judging win over heavy hitter, Jeremy ‘Lil’ Heathen’ Stephens and the above mentioned, Kattar.

When do you think we’ll see Zabit Magomedsharipov back in the Octagon?