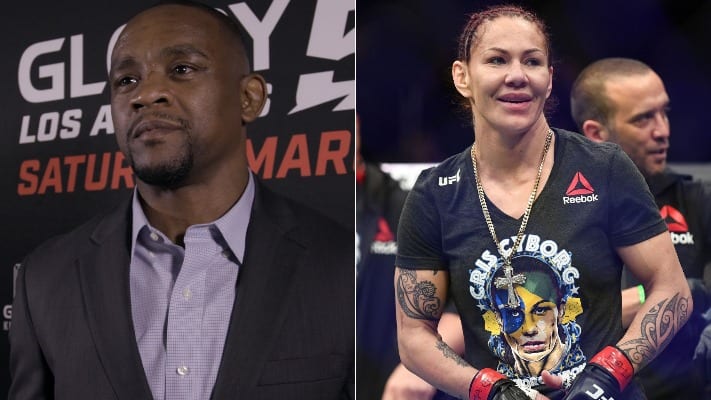 Cris Cyborg is the talk of the mixed martial arts (MMA) community as of late.

The former featherweight champion was recently released from the UFC after some comments by President Dana White. Now, everyone seems to be interested in inking the Brazilian legend to a deal. The Professional Fighters League (PFL) would certainly have some interest.

PFL commentator and former UFC star Yves Edwards discussed the possibility of Cyborg coming to the PFL in a recent interview with MMA Junkie. As for why Cyborg should consider the move, Edwards said the motivation is simple – the $1 million prize.

“Hey, you want to make a million dollars?” Edwards said. “That’s pretty much all you have to say to Cris Cyborg.”

Another interesting aspect about Cyborg going to the PFL would be a potential matchup with Kayla Harrison. The two-time Olympic gold medalist in judo has made it clear she wants to fight Cyborg eventually. With the PFL having the appeal of both Harrison and a lightweight division for women, it all makes sense.

“Sarah Kaufman is probably the biggest test for Kayla Harrison right now, and Sarah Kaufman is a true 135-pounder,” Edwards said. “She definitely has the skill set. And then Cris Cyborg – Kayla has come a long way in a short amount of time, but Cyborg would definitely have the experience edge.

“And that would be an uphill battle for a lot of women in the PFL, simply because the women haven’t had their division for as long as the men have. They haven’t been competing for as long as Cris Cyborg has and at the highest level. Cris has so much experience. She would definitely come in and be the favorite, even over Kayla Harrison.

What do you think about Cyborg potentially going to the PFL?