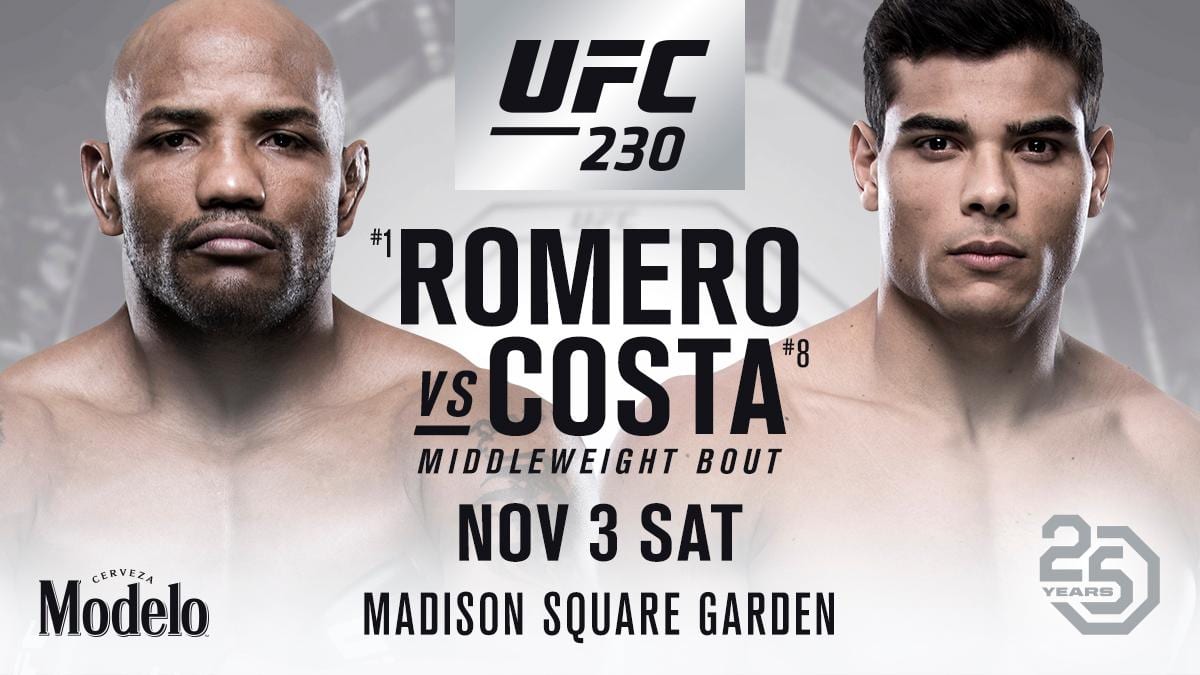 A pivotal middleweight contest has been confirmed for UFC 230.

Unfortunately Romero failed to make weight for that contest and was ineligible to win the title with a victory. The Cuban powerhouse picked up a third round knockout victory in the fight. This past June Romero was granted another crack at Whittaker, this time with the undisputed middleweight crown on the line.

However, again Romero missed weight for the bout and the fight was declared a five round non-title middleweight bout instead. Romero dropped the contest via split decision to the Aussie champ.

There was talk of Romero possibly moving up to 205 pounds after his struggles to make weight in the middleweight division as of late, but it looks like he’ll remain at 185 pounds.

He’ll now take on a young-and-hungry rising challenger in the form of undefeated 27-year-old Costa. Four fights into his UFC career, Costa has displayed some amazing knockout power.

In November he knocked out former UFC welterweight champion Johny Hendricks in the second round of their UFC 217 meeting. Earlier this month (July 7, 2018) Costa finished former Ultimate Fighter runner-up Uriah Hall with another second round knockout. He’ll face the stiffest competition of his mixed martial arts (MMA) career against Romero in November.