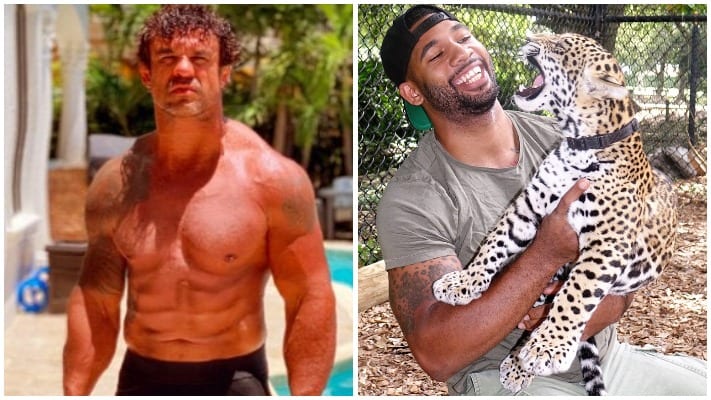 ESPN’s Ariel Helwani reported yesterday that former UFC star Vitor Belfort is in the process of making a boxing match happen with Triller on June 19. In what comes as no surprise for Triller, Belfort is lined up to face YouTube star Mike Holston, better known as “Tarzann.”

“There is a signed deal in place for @vitorbelfort vs. @therealtarzann to take place on the June 19 Triller card, per @RyanKavanaugh,” Helwani’s tweet said.

While the 44-year-old former UFC champion signed with the ONE Championship in March 2019, he never competed for the Asian-based MMA promotion, Helwani did go on to confirm Belfort is no longer with the promotion.

We haven’t seen Belfort compete in the Octagon since his brutal KO loss to Lyoto Machida in 2018.

Belfort and his next opponent in Holston have already met face to face. Holston posted a video to Instagram around the same time the news came out. He and Belfort are seen having a brief altercation that since has brought the community to question its authenticity, including that of UFC great Daniel Cormier.

Belfort notably called out Jake Paul, citing that he would “knock him out”. Maybe if he knocks out Holston, Belfort will have an opportunity against the fast rising star in Jake Paul.

How do you feel about Vitor Belfort getting into the boxing ring?