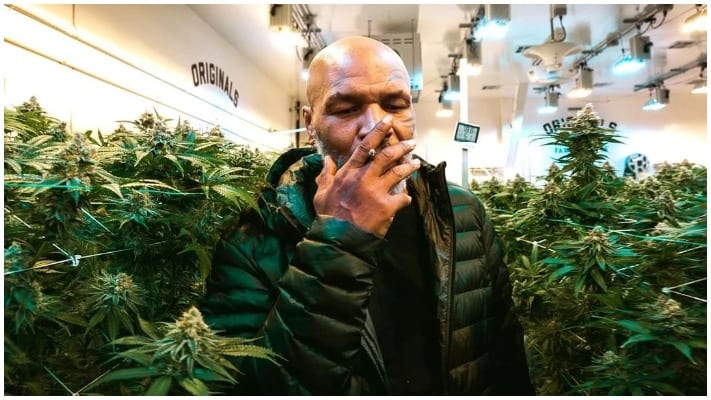 Mike Tyson is clearly very relaxed about his boxing comeback. The heavyweight legend even signed to fight Roy Jones Jr. while smoking a joint.

For months now it has been known that Tyson is planning a comeback to the sport at 54 years of age. ‘Iron Mike’ has excited fans with the announcement as well as various training videos which show he still possesses his raw knockout power.

The Hall of Fame boxer has been linked to a bunch of different names for his comeback including MMA fighters Tito Ortiz, Wanderlei Silva and Ken Shamrock. Tyson has also reportedly turned down a $20 million offer to fight under the Bare Knuckle Fighting Championship banner. Long-time rival, Evander Holyfield was also believed to be in contention to face Tyson in his return, but he seems to have missed out – at least for now.

Jones Jr. is the man who has got the call to face off against Tyson on September 12. The 51-year-old is currently riding a four-fight winning streak. He last fought in 2018, beating Scott Sigmon over ten rounds to claim the WBU cruiserweight title.

The fight is available on pay-per-view, and on the Triller. The social media platform will reportedly put on an undercard which will feature YouTuber Jake Paul taking on former NBA star Nate Robinson. Triller will also produce a 10-part documentary series that follows Tyson and Jones as they prepare for the fight.

Do you think Mike Tyson will enjoy a successful comeback to the sport of boxing when he takes on Roy Jones Jr. on September 12?