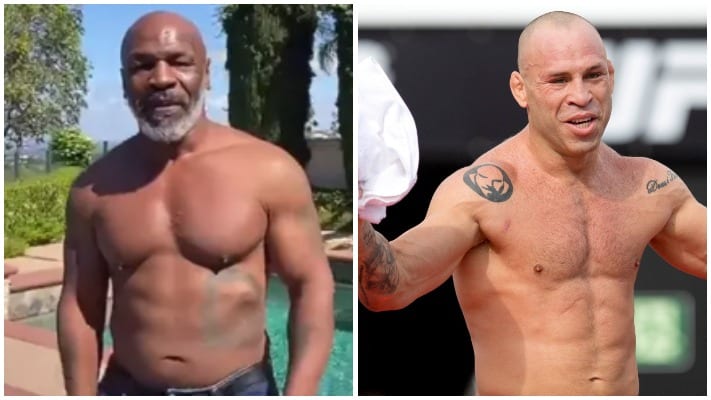 Tyson announced his intention to return to fighting a few weeks back and it has caused mass hysteria in the world of combat sports. Fellow boxing legend Evander Holyfield has also announced his return to the ring at 57 years old. MMA veterans such as Andrei Arlovksi, Ken Shamrock ad Tito Ortiz have also offered themselves up as potential opponents for ‘Iron Mike’.

BKFC previously offered Tyson $20 million to fight for them – the offer was rejected. They will now return with an offer that exceeds that amount. Feldman told MMA Fighting he is unable to confirm the exact amount because that is still being finalized, he said.

“I think I know what we need to do to make this thing happen.”

BKFC Will Not Make Mike Tyson vs. Tito Ortiz

Former UFC light-heavyweight champion Ortiz seems to be the most optimistic about being matched against Tyson. ‘The Huntington Beach Bad Boy’ has even put together a promo video for the potential fight. He says a promoter offered him the fight. Feldman though denies he is the man who has approached Ortiz with the fight offer.

“I didn’t offer that (to Ortiz),” Feldman said. “I don’t know that it really draws. I think a Wanderlei Silva, someone of that nature. No matter how old Silva gets, he’s dangerous, and I think that would be an intriguing matchup. Something like that, but I don’t actually have anything in mind right now.”

Feldman isn’t really focused on who will be facing Tyson in BKFC right now. The promotion’s president is more concerned with trying to convince the former heavyweight king to entertain there offers as he admits his previous one was immediately rejected by Tyson.

“First, I want to see if we can make the Mike thing happen, period, and then we’ll start talking opponents,” Feldman said. “We’re not successful yet in making that Mike thing happen. But I don’t think the door’s shut. He did say no immediately. But I think there’s room there.”

Do you think Dave Feldman will be able to convince Mike Tyson to sign with BKFC?