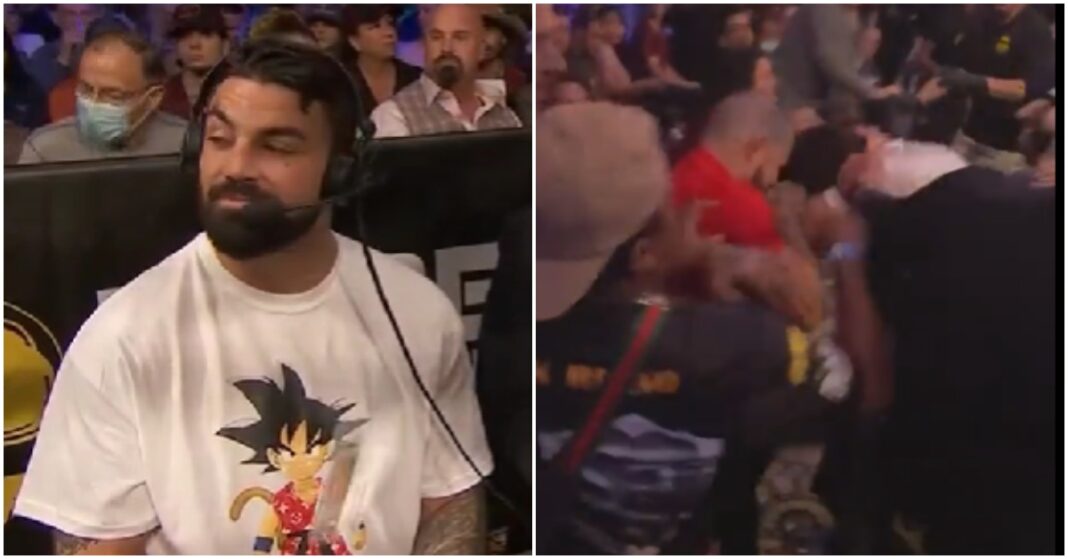 Mike Perry has made his bare-knuckle debut at little sooner than anticipated.

On Thursday at  BKFC Fight Night: Tampa, Perry was talking with the commentary team of Sean Wheelock and Chris Lytle about his switch from the UFC to Bare Knuckle Fighting Championship.

During the conversation something is thrown at ‘Platinum’ and it hits him directly in the face. TUF legend and BKFC fighter Julian Lane was the culprit and he continued to hurl insults at Perry in the immediate aftermath. Perry, who is never shy when it comes to a scrap, removed his headset and darted towards Lane before the two men started brawling.

Check out footage of the incident…

Mike Perry Is Trying To Get His Career Back On Track

‘Platinum’ was once one of the most exciting prospects in the UFC, known for his wild fighting style and serious knockout power. After starting his career with 11 wins and just one defeat, Perry has lost 7 of his last 10 fights and was recently let go by MMA’s premier promotion.

Perry got off to a great start to life outside the UFC at Triller Triad Combat when he beat professional boxer Michael Seals by split decision.

The former UFC welterweight prospect has also signed a contract to compete in BKFC and it now appears Lane is the first man he will bang with in the bare-knuckle boxing ring.

Do you want to see Mike Perry vs. Julian Lane in BKFC?

Hector Lombard Wants To ‘Beat Up’ Tyron Woodley Next