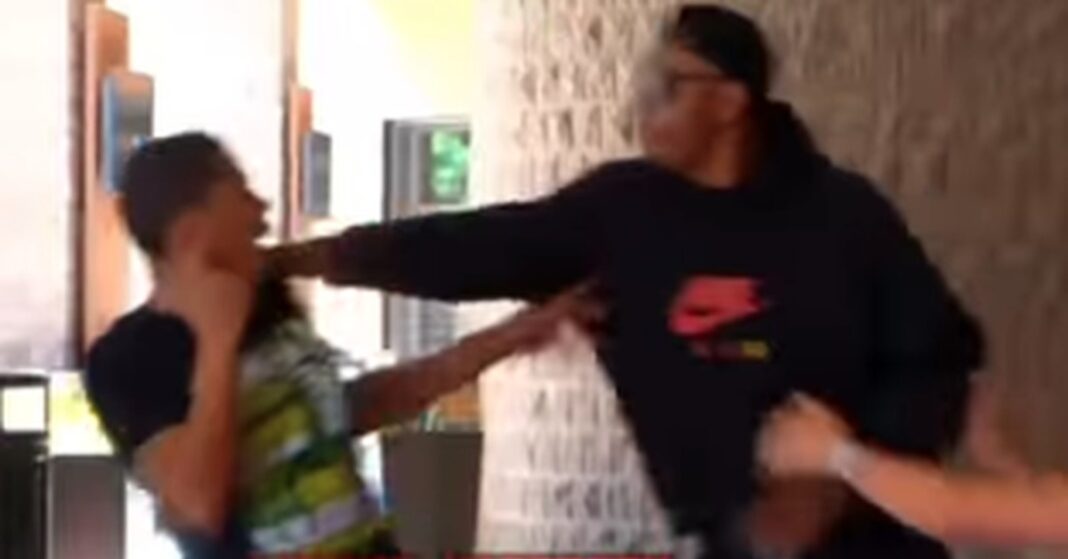 Sucker Punch Management founder, Brian Butler-Au was forced to intervene in a prank set up for his client, UFC light heavyweight contender, Jamahal Hill – after the latter almost found himself involved in a physical altercation.

Jamahal Hill, who improved to 10-1(1) as a professional back in February in the main event of UFC Vegas 48, landing a first round knockout win over Johnny Walker in a Performance of the Night bonus earning finish. The win also earned Hill the #10 rank in the official light heavyweight stack.

Butler-Au, who is pictured with Hill sitting outside, appears to have organized Tik Tok prankster, ImReddTTV to carry out a prank on his client, who pretends to be on his phone, taking a call, offering to fight Hill.

Signalling to Butler-Au, the prankster is quickly grabbed by Hill near his neck, before Butler-Au intervenes and corrals Hill – who is informed repeatedly that he is the subject of a prank attempt from ImReddTTV.

Suffering just a single professional loss, the Illinois native dropped a first round strikes stoppage defeat to Paul Craig during a grappling scramble in the early stages of their UFC 263 matchup in June of last year.

Embarking on a three-fight undefeated run to quickstart his UFC tenure, Hill, a product of Dana White’s Contender Series – defeated Darko Stosic, and recent UFC 274 victor, Ovince Saint Preux, in between a knockout win over Klidson Abreu which was later overturned to an official ‘No Contest’ after Hill tested positive for marijuana.