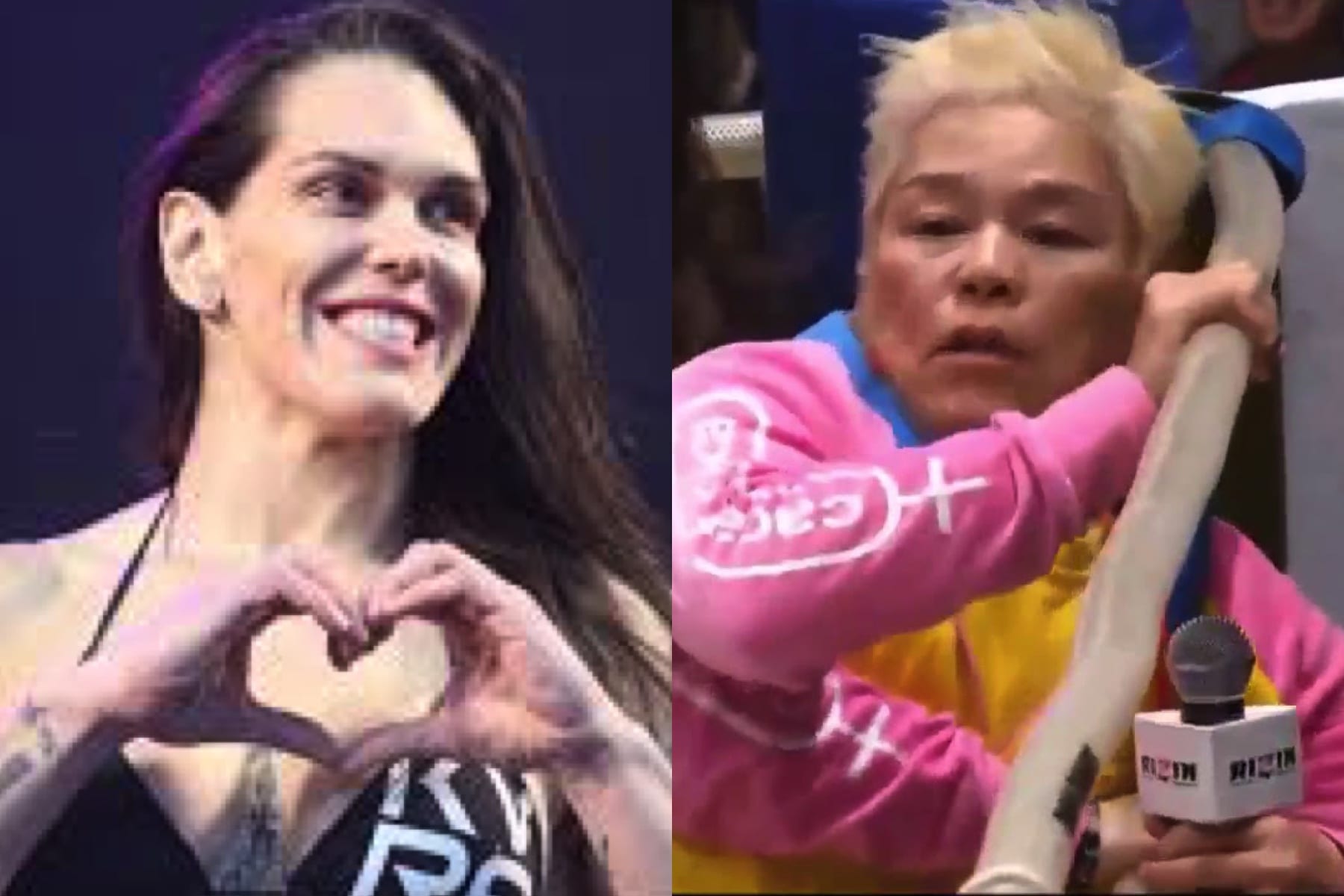 Most of the focus at today’s RIZIN FF 14 from Tokyo was on Floyd Mayweather making nine million dollars for less than three minutes of work by utterly destroying Tenshin Nasukawa. But controversial Brazilian jiu-jitsu champion Gabi Garcia also competed in her last bout on the card.

That’s when things got weird, however. Garcia’s two-time prospective opponent, retired pro-wrestler Shinobu Kandori, decided to rush the ring and apparently attempt to attack Garcia. Several people attempted to ‘hold her back’ as Garcia spoke on the microphone following the fight.

Kandori is 54 years old. She actually competed in MMA in the mid-1990s. She was supposed to fight Garcia twice the past two years, but an inury to Kandori halted their match-up in 2016. In 2017, Garcia’s failed weight cut put a stop to it once again.

Kandori is 5’7″ and weighs roughly 165 pounds. Garcia, on the other hand, is 6’2″ and weighs 225 pounds. It’s not a fight that should ever be booked by any legitimate athletic commission, but hey, this is RIZIN.