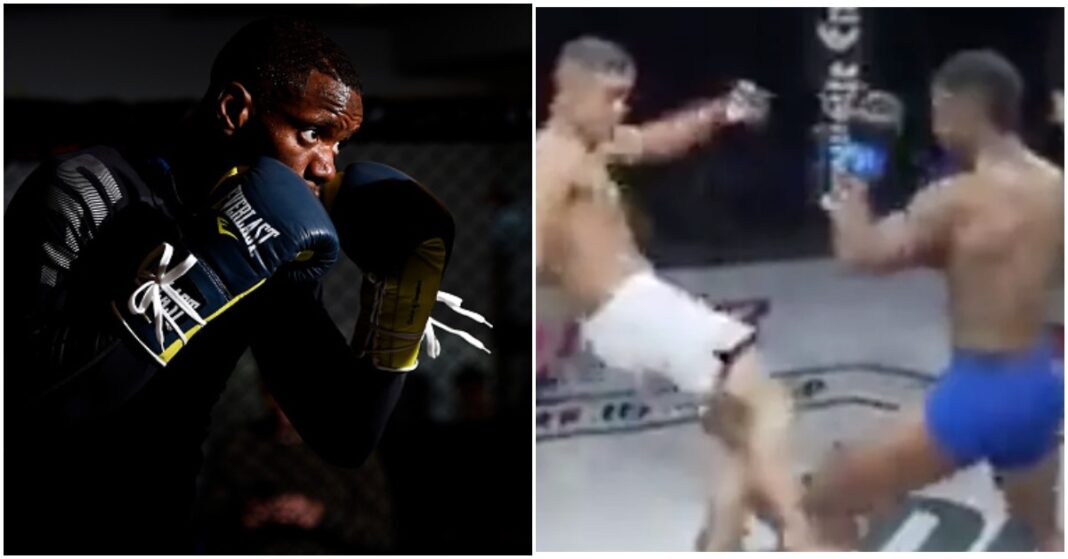 Leg kicks are considered to be some of the most dangerous strikes in MMA. Will Brooks at Art of Scrap 4 re-affirmed this belief after he checked his opponent’s leg-kick, resulting in a horrific scene.

The fight was against Rafael Bastos, an extremely experienced competitor on the professional MMA scene, with a record of 42-20-1. ‘ill’ Will Brooks can be seen checking a kick on the video, and Bastos can be seen crumbling to the ground, his leg broken.

Warning, the following video is graphic, viewer discretion is advised.

“Don’t throw dry kicks. Don’t skip leg day. Results of my fight last night.” Will Brooks would say in the caption of his tweet:

This is obviously one of those tragic cases of leg kicks gone wrong, just like in the unfortunate cases of Anderson Silva, Conor Mcgregor, Chris Weidman, and more. Even though this is a clear-cut victory, Brooks isn’t happy with it though. He took to social media after the fight to further explain his mixed emotions regarding the leg-break finish.

Will Brooks Talks Leg Break Victory at Art of Scrap 4

“Got the win tonight. Didn’t get the chance to put on a display.” Brooks would start off. “Opponent threw a leg kick, I stepped down, checked properly, and he broke his leg on impact. Happy for the W but a little disappointed I didn’t get to put on a performance.”

An experienced fighter himself, Brooks (22-5-1, 9-1 Bellator) has fought for a menagerie of the world’s top MMA promotions. He cut his teeth in Bellator though, in other words: truly garnering experience, improving, and solidifying himself as one of the world’s greatest in his weight class (at the time).

After several victories over Michael Chandler and a few defenses of his Bellator lightweight championship, he made a move to the UFC that didn’t pan out, going 1-3 in four fights with the company. Since then, ‘ill’ Will Brooks has floated around different promotions, most notably being the PFL, and has actually really come back from the career-damaging UFC run he made.

What’s next for Brooks, should he consider re-signing with Bellator? And what are your thoughts on that gruesome leg break?