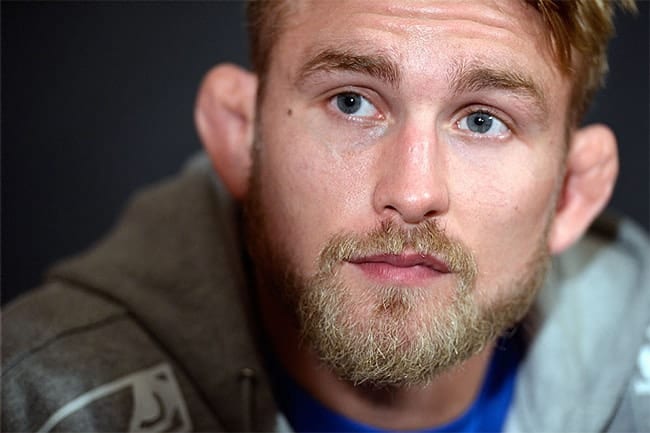 The media storm currently engulfing Nick Diaz and the NAC (Nevada Athletic Commission) is like few we’ve ever witnessed. The outrage from fighters, fans and pundits alike is unheard of, and even UFC bantamweight queen Ronda Rousey blasted the NAC for their seemingly archaic punishment of Diaz. Five years for a failed Marijuana test seems insane, although the compound effect of three drug screen failures in Nevada didn’t help the matter.

Henry Cejudo has said he won’t fight in Nevada after the controversial decision to sit Diaz for 60 months, and now it’s Alexander Gustafsson’s turn to voice his opinion. The UFC 192 title challenger is filmed while undergoing random drug tests for his October clash with Daniel Cormier, check it out:

Just got tested by U.S. Anti-Doping Agency. We are used to do these tests in Sweden, we have done them all the years. Hope everyone gets the same tests worldwide so we can have a clean sport. But I still think Nick Diaz 5 years is ridiculous #teamdiaz

The White House Petition currently doing the rounds is getting a lot of attention, and an appeal planned by the Stockton brawler’s legal team could well bear fruit down the line too. But what if the Commission digs their heels in on this matter? It’s highly likely that they will, unless the jurisdiction of the case is handed over to a higher power such as the supreme court.

Do you agree with Gus on this one? It seems that most fans do, even if they weren’t Diaz supporters before hand. Cejudo and Rousey are both Olympic standouts and have voiced their stern opposition to drug cheats in MMA in the past. If even those guys are on Diaz’s side, then who wouldn’t be?

Stay tuned to LowKickMMA as we keep you updated to the Diaz story, and all other UFC and MMA news throughout the day!