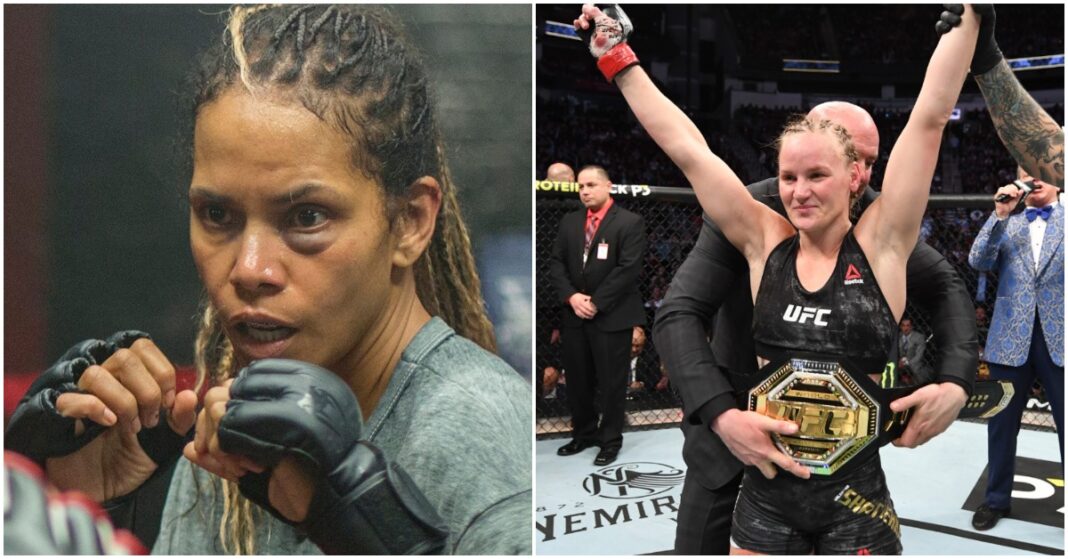 Valentina Shevchenko is the UFC flyweight champion and is currently undefeated at flyweight with an MMA record of 22-3.

Shevchenko avenged her first loss against Liz Carmouche, her only other two losses are against the UFC bantamweight/featherweight champion and pound for pound great Amanda Nunes.

The 125lb queen has branched out into Hollywood by being recruited into the movie industry with her role in the upcoming movie, Bruised.

Berry recently revealed that ‘Bullet’ broke two of her ribs while filming the movie.

Shevchenko was initially against hitting the Oscar-winning actress for real but was persuaded to do so with disastrous consequences.

“Her main idea for the fight scenes, it has to be real,” Schevchenko told MMA Fighting. “It has to be a real fight. As real as possible. Sometimes she was in the training, she was like ‘Valentina, you have to hit me harder’ and I’m like ‘Halle, I’m not sure’ and she said ‘you have to hit me, I have to feel that.’ I was like OK, I’ll do my best.”

Shevchenko revealed that the opportunity to star in a movie along Berry was too big to pass up and as a result, she asked to delay one of her UFC fights for the first time in her career.

Shevchenko plays the Invicta FC champion in the film and acts as a final antagonist for Halle Berry’s character.

Do you think more fighters should get involved in acting?