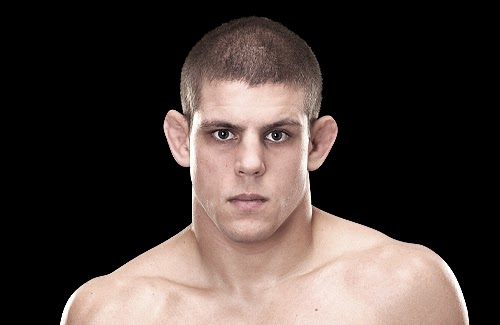 The UFC’s return to Connecticut in September has it’s first official matchup penciled in.

Lightweight’s Joe Lauzon and Michael Chiesa have agreed to throw it down at the event which will be the UFC’s first return to Connecticut in nearly nine years. The booking was confirmed by UFC officials last night following a report from Bostonherald.com.

UFC Fight Night 50 takes place at Foxwoods Resort Casino in Ledyard, Connecticut on September 5. The events headliner is still unknown but Chiesa vs. Lauzon is expected to take place on the main card. All of the fights from UFN 50 are expected to be available to watch on Fox Sports 1 as well as UFC Fight Pass.

The event will mark the fifth time the promotion has ventured to Connecticut but it’s the first event in the state since 2005. The last event held there was UFC 55 which featured Andrei Arlovski take on Paul Buentello as the headliner.

All the promotions previous events held in Connecticut have took place in the Mohegan Sun Arena but the venue is in use that night by Bellator as the UFC coincidentally decided to hold their event the same day as the rival organization.

Instead the UFC have hired Foxwoods and will hold their event 10 miles away from where Bellator 123 will go down.

The bout is Lauzon’s first in the UFC since the birth of his first child. “J-Lau” last competed in December where he took a unanimous decision win over TUF season 6 winner Mac Danzig. The 30-year old’s win over Danzig was a pivotal victory after dropping back-to-back decisions to Michael Johnson and Jim Miller.

Overall, the Massachusetts native is 3-3 in his last six outings in the UFC with wins over Jamie Varner, Melvin Guilard and Curt Warburton. Lauzon’s only other loss came at the hands of Anthony Pettis back in February 2012.

Lauzon faces a tough test in Chiesa who has been on a surge recently in the lightweight division. “Maverick” last fought in May where he took a unanimous decision win over dangerous Brazilian Francisco Trinaldo. His win over Trinaldo gave him consecutive wins inside the Octagon after he submitted Colton Smith in November.

Chisea’s win over Smith put him back in the win column after dropping the first professional fight of his career to Jorge Masvidal at UFC on Fox 8. Overall, the 26-year old is 4-1 in the UFC.

So Chiesa vs. Lauzon, who have you guys got?